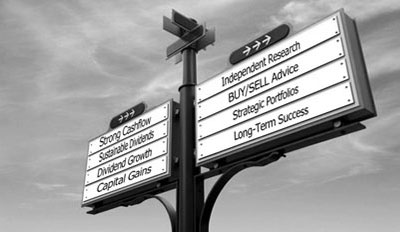 Investors can generally be categorized into different groups based on the strategies they use. At a very high level, the main strategy divide is between fundamental investing and technical investing. Put simply, fundamental investors look at the investment merits of the actual company they are buying, including earnings, growth, assets, debt and industry outlook. Technical investors, on the other hand, often pay no attention to the company, but rather analyze the stock’s chart patterns, price and volume movements.

Within the fundamentalist category there exist further divisions. The two key types of fundamental investment strategies are growth and value. As the name implies, growth investors look to find companies that have high revenue and earnings growth rates which can presumably be sustained over an extended period. This type of investor believes that revenue and earnings growth drive share price appreciation. The criticism of this strategy is that growth investors are often willing to pay obscenely high valuations in order to buy the company’s with the highest growth rates. On the other side of the spectrum are value investors who want to find companies that they can purchase at a bargain on a price-to-earnings or price-to-cash flow basis. This type of investor believes that investment return will either be a function of valuation expansion or through the receipt of free cash flow (likely in the form of dividends) generated by the company. The main criticism here is that value investors may purchase lower quality companies in an effort to obtain what they view as a bargain.

Each of these two strategies has its strengths and its weaknesses. Pure growth investing in particular seems to lure most investors due the appeal of “market confirmation.” Companies with high growth rates tend to go up in price (at least for a while) and a rising share price is often viewed as evidence of a quality investment. In hindsight, of course this is the case as a rising share price does equate to investment return. But the decision to buy or continue to hold a stock depends on what the investor believes the company will do in the future and not what it has done in the past. The main problem with growth investing, as we see it, is that high growth companies often trade at very high multiples to earnings and cash flow (valuations) which reflect an expectation from the market that this growth will continue or even accelerate. Often these expectations are overzealous. There is a saying in the market, “companies that have gone up in price have a tendency to continue to go up in price.”We heard this statement repeated a lot by so called financial professionals, but anyone who actually believes it would have very little credibility with us. We prefer an adapted version, “sometimes companies that have gone up in price continue to go up and sometimes they come crashing down.” The latter happens to even high-quality companies when investor expectations (valuations) get so high that even a slight deviation from the growth trend or setback in the corporate strategy can result in a massive downward revaluation of the stock.

Recent market volatility has provided us with numerous examples of these types of stocks. Let’s take a look at the once beloved Avigilon Corp (AVO). A few years ago this was a highly touted growth stock and at the height of its market success, the company achieved a lofty valuation multiple of over 70 times earnings (price-to-earnings). It was not surprising to us that it was at this point that the company garnered most o f its attention and praise. But very few companies can sustain a growth rate of 200% per year and in spite the fact that Avigilon’s earnings have continued to grow a very solid double digit rate since hitting its peak valuation less than 2 years ago, the stock has since lost over 60% of its value and now trades at about 16 times earnings. This is not a reflection of the market’s apathy towards profitability and earnings growth. It is a revaluation of a company that in spite of continued success with respect to earnings growth has fallen out of favour with the market because it was once so highly overvalued and encountered a setback.

Just in the past few weeks, two very prized Canadian pharmaceutical companies, Valeant Pharmaceuticals (VRX) and Concordia Healthcare (CXR), had their own doses of reality. As of the beginning of September, these giants posted 12 months share gains of 140% and 210%, respectively, and commanded valuations above 30 times earnings. The growth trend appeared to justify the premium multiple, but it didn’t take more than a couple of words of concern over pricing practices from U.S. Presidential Hopeful, Hillary Clinton, to send these stocks falling. In less than 6 weeks, Valeant has dropped 25% and Concordia has dropped 55%. Clearly there are some outside forces at work here and these companies may one day regain their luster. The lesson here is that high valuations often indicate that the market is not factoring in the full risk profile of the company but rather focusing on the best case scenario.

A few others include Patient Home Monitoring (PHM) which lost 70% of its value since April, AutoCanada (ACQ) which lost 65% of its value since hitting its peak a year ago, Sylogist (SYZ) who’s share price has been nearly cut in half in less than a year, and Nobilis Health Corp (NHC) who’s share just declined 27% in a single day, apparently as a result of a negative article on a popular investing site. These are just a few recent examples of some very highly touted, high valuation companies that were re-valued quickly in spite of overall fundamentals and earnings remaining more or less intact. In some cases, these particular companies continue to trade at high valuations. For others, the valuation has become more reasonable and now may be the time to start looking at them as solid investments.

Within fundamental investing, there is a third strategy category that recognizes the strengths of growth and value investing, while also trying to mitigate the weaknesses. This third strategy is called GARP or growth at a reasonable price. Like the growth investor, the GARP practitioner seeks to identify high-quality companies with attractive growth rates. However, unlike the growth investor, the GARP practitioner is still price sensitive while purchasing companies and avoids those stocks with very lofty valuations. Generally speaking, GARP is not as price sensitive as pure value investing and is willing to pay a higher valuation for attractive earnings growth, as long as the valuation lies within a reasonable range.