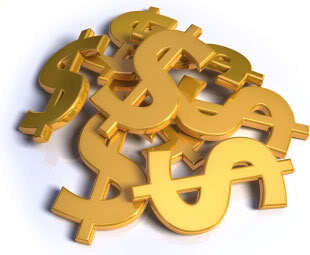 Over the years, we have discussed the various ways that companies utilize their free cash flow to generate a return for their shareholders. In our small-cap universe, we have traditionally focused on companies that reinvest their earnings back into the business to generate sustainable growth. More recently the markets have started focusing on companies that payout their cash flow to shareholders in the form of dividends or distributions. Even better are those companies that generate so much cash that they can afford to invest in growth as well as pay a dividend. But there is also a third method of allocating capital that is often misused and even more often misunderstood – share repurchases (buybacks).

The consensus is mixed on whether or not share repurchases are in fact a viable strategy for generating shareholder returns. When a company has excess cash and they believe their shares are undervalued, they will often issue a normal course issuer bid which allows them to purchase and cancel a predetermined maximum number of shares of their own company. The idea is that if you believe that your own company will provide you with the best risk-adjusted return on your capital then why would you invest your capital anywhere else.

Warren Buffet recently said in his 2012 letter to shareholders (http://www.berkshirehathaway.com/letters/2011ltr.pdf) that in addition to generating strong earnings growth he also typically hopes that the stock prices of the companies he purchases languish in the markets for several years after he buys them. Using an example of IBM, he explained that if the company were to spend $50 billion over a 5 year period to repurchase its shares that his current interest of 5.5% in the company would growth to 7% if the share price were to average $200 over the period, but only 6.5% if the share price where to average $300. Since Warren has no intention of selling his shares during that period his best case scenario would be if the cash flow remained strong but the stock price plummeted. This is a wide diversion from the mentality of many retail investors who require constant validation from the market in the form of appreciating stock prices.

The reason that share repurchases are often criticized is because they are very commonly misused. Very often companies will publicly disclose that they have received exchange approval to proceed with a share buyback but then fail to repurchase any shares. The hope is that the announcement alone will garner investor interest. The more common problem is when share repurchases are made by companies that are not undervalued. Warren Buffet said, “I favor repurchases when two conditions are met: first, a company has ample funds to take care of the operational and liquidity needs of its business; second, its stock is selling at a material discount to the company’s intrinsic business value, conservatively calculated. We have witnessed many bouts of repurchasing that failed our second test.” The CEO and Board of Directors commonly have a tendency to view their own company as undervalued, particularly if it has suffered a large decline in the share price. This bias can lead firms to repurchase stock when it is in fact overvalued, an activity which has the impact of destroying shareholder value.

The key to assessing a share repurchase strategy is to analyze the metrics of the individual situation. Does this company have the available liquidity to repurchase shares? Is the company clearly undervalued on the basis of free cash flow and will a share repurchase have the intended impact of improving performance on a per share basis? If the answer to these questions is yes then a share repurchase may be a very viable strategy for creating shareholder value long term.