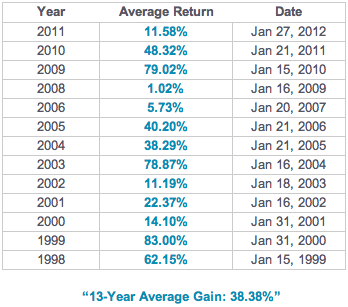 The International Energy Association (IEA), in their recently published World Energy Outlook, reported some startling data on an oil & gas boom in the United Stated which could have potentially dire consequences for Canadians. For those who are not aware, over the past 2 to 3 years, we have seen a virtual revolution in the technology of recovering oil and gas reserves from tight and previously uneconomic shale deposits. Many people would know of this as fracing. The result of this improved technology cannot be more evident in the natural gas market where supplies have undergone a substantial increase and prices have plummeted in a relatively short period. But unbeknownst to many people is that this advanced fracing technology is also being applied to the production of light crude oil. We have long heard the cries and warning calls of U.S. politicians and business men, the most notable being Boone Pickens, about the economic and political dangers of energy dependence, the foreign and often unfriendly sources of the Middle East and Venezuela. The solution for the United States was a run towards energy independence. For some time Canadians have felt as if we were part of this solution. But that may be presumptuous of us?

Oil production, which had peaked in the U.S. in the early 1970s, has started to grow again….and it is growing fast. The advancement of critical fracing technology has allowed the world’s largest energy consumer to unlock oil & gas reserves in areas that were once considered inaccessible. This has been an occurrence in areas throughout the nation but nowhere is it more evident than in the Bakken region of North Dakota. Not only is the border state at the forefront of the U.S. oil boom but it also lies smack dab in the middle between Canada’s largest oil & gas producer, Alberta, and the U.S. Northeast where the majority of our energy exports end up. Although not a widespread issue yet, there have been cases of North Dakota oil hijacking pipeline capacity that runs through the state and therefore forcing Canadian exporters to pursue more costly transport options. But as we look forward, the cause for concern becomes more alarming with the IEA forecasting that the United States will surpass Saudi Arabia as the world’s largest oil producer by 2025 and that they will be completely energy independent by 2035. The issue for Canada is that 99% of our energy exports are supplied directly to our southern neighbor.

So what does this mean for Canada and Canadians? It means that based on current production trends and forecasts from reputable sources, Canada is at risk of losing its only energy customer within the next 20 to 25 years. This is a far cry from the mentality even 5 years ago when Canada’s oil & gas patch, particularly the oil sands, were considered the nation’s crown jewels and a key source of our recouping from the perils of the global financial crisis. But necessity is the mother of invention and the necessity of increasing economically recoverable oil and gas reserves resulted in a technology which maybe a massively disrupting game changer.

Before we all run for the hills in panic, let’s remember that trends don’t always continue in perpetuity. Just because the IEA forecasts energy independence for the U.S. does not mean that it will be achieved in the estimated time frame or even at all. Fracing is a very controversial technology and highly subject to the risks of regulatory oversight. There are also other considerations such as production decline rate and consumption growth. But what we can say for sure is that the United States (essentially our only energy customer) has become extremely motivated both politically and economically to achieve energy independence. So far, they have been much more successful than anyone thought they would be even two years ago. Should such a trend continue for the next two decades and within the absence of Canada diversifying energy exports to new markets, then the once mighty energy empire may find itself sitting on an ocean of oil & gas but with no one to sell it to.

Since 1998, KeyStone Financial has provided its subscribers and institutional clientele with premium independent small-cap stock and now Income/Growth Stock research – it is quite simply coverage you can find nowhere else. Our no-nonsense fundamental approach to analyzing stocks, which focuses on real companies, with strong balance sheets, producing real revenues, earnings, and cash flow, produces real results. We think the numbers speak for themselves.