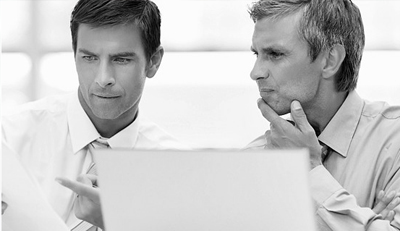 While ending lower in today’s session due to a drop in shares of gold and energy producers, the U.S. Federal Reserve’s support for monetary stimulus helped Toronto’s main index post its biggest weekly gain in more than seven months.

The S&P TSX Composite index eased Friday after recording gains in the previous four sessions and hitting a one-month high earlier in the day. All told, the index ended the week up a very healthy 2.7%.

Also driving Toronto forward was the price of crude oil as WTI rose to near US$106 a barrel Friday, supported by continuing tensions in Egypt and a sharp drop of U.S. crude stockpiles.

Benchmark crude oil for August delivery gained $1.04 to $105.95 a barrel on the New York Mercantile Exchange. Despite the Thursday’s pullback of $1.60 a barrel, the price of oil rose $2.73 this week and is up nearly 10% this month alone.

Oil has risen from around $97 on July 1, mainly for a couple of reasons. Traders are concerned that unrest in Egypt could affect oil shipments through the Suez Canal, a key shipping lane. And U.S. supplies of oil and gasoline have dropped dramatically in the past two weeks, signaling a rise in demand in the world’s largest economy. Throw in some decent signals in regards to a continuing (but modest) U.S. recovery and you have a recipe for strong crude prices.

Brent crude gained $1.08 to $108.81 on the ICE Futures exchange in London. The spread between WTI and Brent oil pricing has narrowed considerable this year, particularly in the past month.

The improvement in North American oil pricing should help benefit a number of Canadian/U.S. service companies in the second half of 2013. The sector faced a number of headwinds at the start of 2013 including reduced E&P capital budgets and a wet Q2.

Federal Reserve Chairman Ben Bernanke said on Wednesday that the U.S. central bank must keep a stimulative monetary policy in place due to weak inflation levels and a high unemployment rate.

It may seem counterintuitive that comments that imply a feeble economy should spark a rally, but that is just the reality (short-term thinking) that we are dealing with today. Those comments sparked a rally in global equity markets and caused a 1.5% jump in Toronto stocks on Thursday.

What it appears Bernanke is trying to do by floating trial balloons and then backpedaling is making sure the slow decrease in stimulative monetary policy is an orderly process and not a crash. He is essentially saying not to confuse us taking the foot off the gas pedal with putting the foot on the brake.

But three weeks prior, Mr. Bernanke’s comments had the opposite effect. On June 19, he rattled Wall Street with words that investors translated as “the end is near” for that economic stimulus. Specifically, he laid out a more elaborate plan for reducing the pace of the Fed’s asset purchases or in stimulative monetary policy.

Welcome to the new, more transparent Federal Reserve – and to the challenge of describing a policy outlook that’s both murky and not very easy to digest.

The problem with this more “transparent” Fed is an affliction we write about on a daily basis. There are those in the market that have become entirely short-sighted. All breeds of short-term traders prey on this type of information to help them create the volatility they need to survive. With this volatility, they prey on weak hands or inexperienced investors who panic and sell or buy at inopportune times with short-term outlooks.

The way to rise above this is simple. Forget the day-to-day noise of “trading.” Pick a basket of great cash flowing companies and “invest” in them with a 1-5 year time horizon.

Keep it simple my friends – this is the key to long-term market success. Find out how you can receive up to 200 cheques per year and save $200 on our Income Stock Service – Dividends are King!