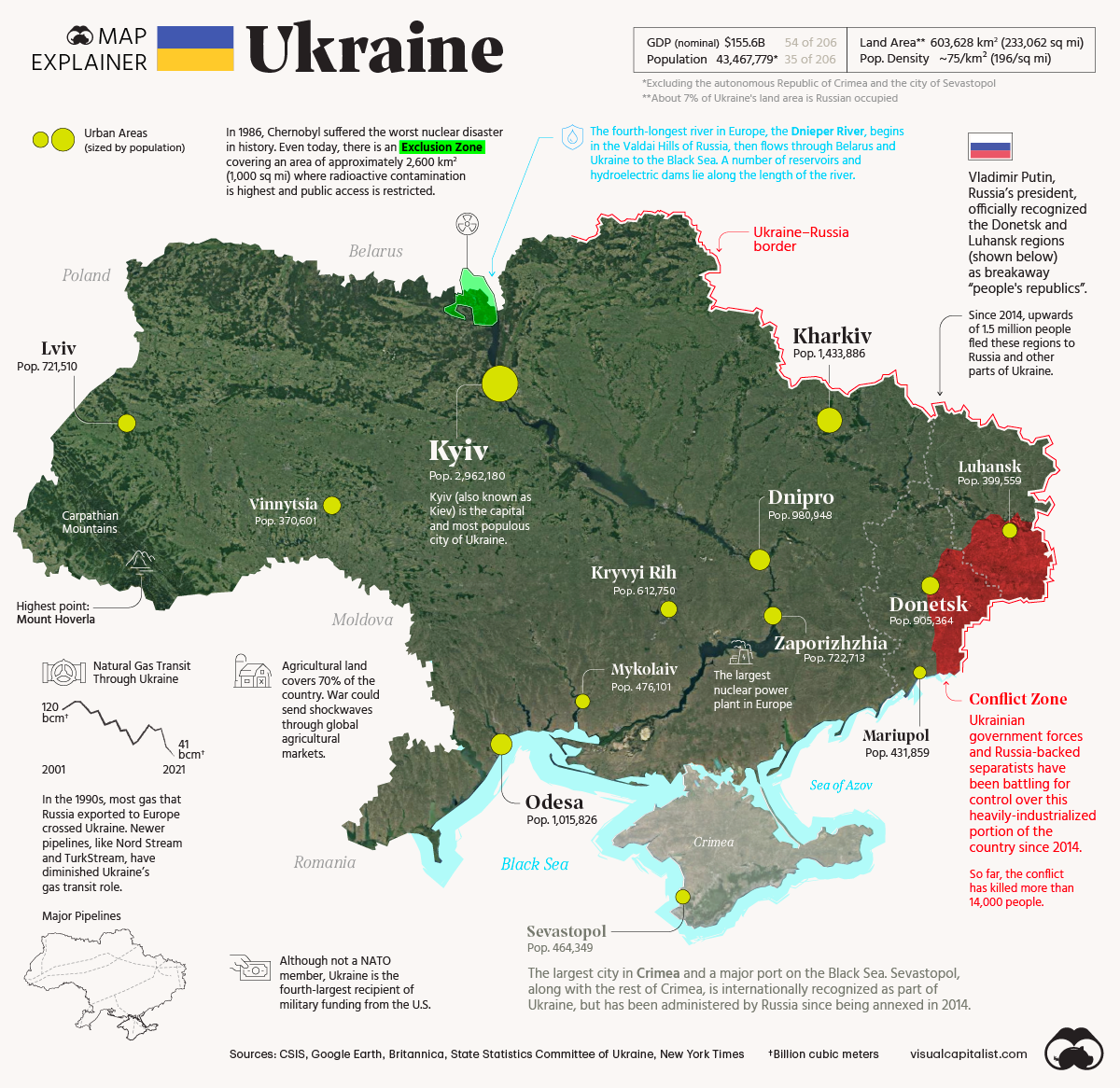 The modern state of Ukraine was formed nearly 30 years ago after the collapse of the Soviet Union in 1991. Since then, the country has often made headlines due to political instability and the looming threat of a Russian invasion.

In the map graphic above, we examine Ukraine from a structural point of view. What’s the country’s population composition? What drives the country’s economy? And most importantly, why is the country important within a global context?

With a population of nearly 44 million people, Ukraine is the eighth-most populous country in Europe. For perspective, that is slightly smaller than Spain, and four times larger than Greece.

Not surprisingly, many of the country’s Russian speaking citizens live on the eastern side of the country, near the Russian border.

Ukrainians make up almost 78% of the total population, while Russians represent around 17% of the population, making it the single-largest Russian diaspora in the world…read more.