Make no mistake—this is a stock market bubble. 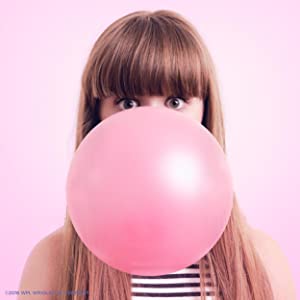 The Stock Market Bubble —and How to Play It

The story began easily enough, if not with “once upon a time.” A virus forced the country to shut down and accelerated the gains in a select few technology stocks that are uniquely capable of thriving with everyone stuck at home. A central bank took quick action to prevent financial markets from seizing up, pushing interest rates about as low as they could go. That helped lift the stocks of companies that are growing, including chiefly the aforementioned tech stocks, even if some have no profits. These stocks were among the first to rally once the stock market bottomed in March.

Now, get ready for the plot twist: Good investment ideas can stop being good ideas if the story goes on for too long. The tech trade—including tech companies that aren’t officially labeled as such—went too far before correcting suddenly in the past two weeks.

But one correction doesn’t mean that the story is over, or that the bubble is ready to burst. To the contrary, the forces that drove stocks such as Apple (ticker: AAPL) and Amazon.com (AMZN) to astonishing heights remain firmly in place. They include the companies’ continued growth, the Federal Reserve’s determination to do whatever it takes to keep the economy afloat, retail investors’ newfound interest in trading, and maybe even a bit of fiscal largess. Stocks will remain volatile, but the tech bubble will continue to inflate.

For an investment bubble to occur, there has to be a widespread belief that a new paradigm has taken hold requiring an adjustment in valuations far beyond what previous fundamentals would imply. This belief needs to engage the imagination of investors beyond Wall Street, and there must be plenty of capital available to chase stock prices higher. The Covid-19 crisis has unlocked all three prerequisites.