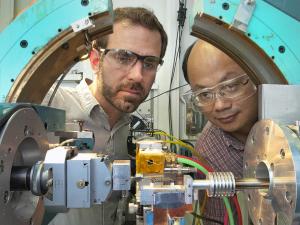 While other commodities are floundering or completely collapsing in this market, lithium—the critical mineral in the emerging battery gigafactory war—is poised to explode, and going forward Nevada is emerging as the front line in this pending American lithium boom.

Most of the world’s lithium comes from Argentina, Chile, Bolivia, Australia and China, but American resources being developed by new entrants into this market have set up the state of Nevada to become the key venue and proving ground for game-changing trade in this everyday mineral. Nevada is about to get a boost first from Tesla’s upcoming battery gigafactory, and then from all of its rivals.

For several years, experts have been predicting a lithium revolution, and while investors were being coy at first, the reality of the battery gigafactories is now clear, and nothing has hit this home more poignantly than Tesla’s recent supply agreements with lithium providers who will be the first beneficiaries of this boom, followed by a second round of lithium brine developers that are climbing quickly to the forefront.