Life and Times During the Great Depression 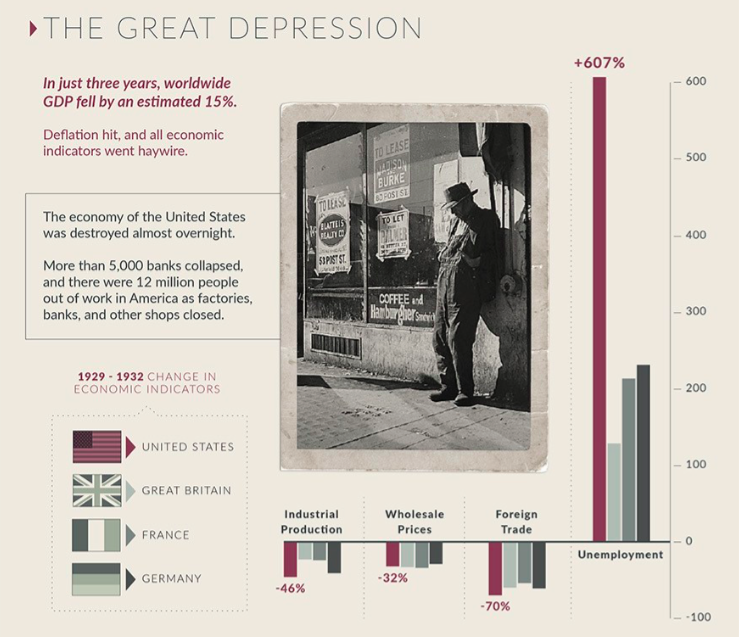 The economy of the United States was destroyed almost overnight.

More than 5,000 banks collapsed, and there were 12 million people out of work in America as factories, banks, and other shops closed.

Many reasons have been supplied by the different economic camps for the cause of the Great Depression, which we reviewed in the first part of this series.

Regardless of the causes, the combination of deflationary pressures and a collapsing economy created one of the most desperate and miserable eras of American history. The resulting aftermath was so bad, that almost every future Central Bank policy would be designed primarily to combat such deflation.