Let’s Gain Some Context of this Market 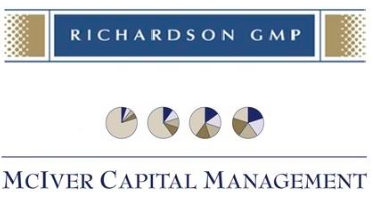 With the markets bouncing around and headlines in the financial media designed to cause concerns, I thought it might be worthwhile to provide a broader context to the current environment and how that environment impacts your portfolios. As always, I will refrain from trying to outsmart the market by predicting its short term direction because the market will always conspire to make such prognosticators look foolish. That said, I do wish to provide a framework of understanding.

The most important consideration to keep in mind is that your portfolio is mathematically designed to dampen exactly the kind of volatility that the market is exhibiting now. This is done by our group constructing your portfolio with negative correlation. In other words, we use positions which move up or down based upon different economic inputs, such as interest rates and commodity prices. Each and every position in your portfolio is carefully selected because we feel it will be profitable, but each position (or groups of positions) will react slightly differently to one another over any shorter term economic environment. For instance, despite the correction in equity prices generally, the world’s largest gold miner, Barrick Gold, has risen over 130% since last September.

The key take-away is that your portfolio is not the market.

It has been constructed to deliver the greatest possible rate of return for your given level of risk based upon the proven and Nobel Prize winning mathematical concept of Modern Portfolio Theory. So strong is this process, and our proprietary interpretation of it, that each client model portfolio was profitable in 2015, ranging from +3.25% to +7.85% (net-to-client) despite the fact that virtually every indices in North America and globally was negative over the year.

But what of the market as a whole and the prospects for the current year? It is important to understand that despite the fact that your portfolios hardly were impacted, from the fall of 2014 until the recent bottom of the market on January 20th, the TSX fell an astounding -27%. This collapse more or less imitated the 70% collapse in oil prices over much of the same timeframe.

But I digress. In fact the TSX is now more than 12% below where it was back in 2007 before the financial crisis, some 9 years ago.

What this suggests is that the equity markets contain much less risk than they did previously and clearly have more potential upside. The question of course, is ‘when will they achieve that upside potential’?

Those that are fearful and therefore are selling equities in this environment point toward a shaky U.S. economy and China growing at a lower rate than it has in previous years. Let’s review the current economic topography.

While we always need to be careful because market corrections and talk of recession can sometimes become a self-fulling prophesy, the reality is that the U.S. is in a real, although anemic, recovery. It is extremely unusual to have a sustained major market correction without a recession proceeding it. This would suggest that the current U.S. equity market has perhaps already seen its lows. As an example, the giant JP Morgan Chase is trading at just 9.4 times its earnings and throwing off a dividend of over 3%.

China’s rate of growth is slowing and its demand for commodities is falling, but this has been happening for almost 5 years and should not come as a surprise. Keep in mind that while the Chinese economy is the second largest economy by size in the world, it is not the second most important. The reason is because they are not yet global consumers. They are not buying goods manufactured in North America or Europe, at least not in large enough quantities to be impactful. A lower growth rate in China should have little effect outside of a slowing demand for commodities, which as mentioned, is something fully baked into future financial expectations. While their volatile stock market is down –50% since last year, again this should have little direct impact on the global economy for the same reasons. Eventually the domestic economy in China will indeed have more of a global impact, but this will not happen until China converts from an export dominated economy to one sustained internally by its consumers.

The TSX here in Canada has tracked the collapse in oil prices over the last 18 months. However, energy prices have stabilized to a degree and technical charting suggests that they may indeed have already bottomed. This bodes well for the TSX, where many of the companies listed on our market fell based solely upon their association to Canada and the TSX. Many companies we own such as Bank of Montreal and Manulife Financial are now trading at 10 times or less next year’s earnings yet have dividend yields over 4%. This would suggest that these companies are attractive at the current prices. Evidently international markets agree as the TSX has been the top performing major index in the world since January 1st of this year.

Nothing, of course, is certain and volatility over the next few months no doubt will continue (please see Ethan Dang’s column), but the fact remains that the current market is much less expensive than it was 18 months ago and by most metrics, inexpensive in general. The best part of this scenario is that despite the correction in equity prices over the past 18 months, your portfolio was hardly impacted (please see the most recent performance numbers in the performance tab on this email), and each model portfolio is well positioned for the eventual recovery.

Have a great week!

This year continues to display uncertainty and indecisiveness for global equity markets as investors grapple with slowing global growth against the conviction of global central banks to support equity markets through expanded monetary stimulus. The latest example is the Bank of Japan’s move to implement negative interest rates on January 29th in order to encourage its citizens to spend and its banks to increase lending. Equity markets remained volatile in February. Volatility may be ideal for day traders, but can be emotionally draining for long-term investors. In this type of environment, it is very important to stick to the plan and focus on risk management and diversification.

The opinions expressed in this report are the opinions of the author and readers should not assume they reflect the opinions or recommendations of Richardson GMP Limited or its affiliates. Assumptions, opinions and estimates constitute the author’s judgment as of the date of this material and are subject to change without notice. We do not warrant the completeness or accuracy of this material, and it should not be relied upon as such. Before acting on any recommendation, you should consider whether it is suitable

for your particular circumstances and, if necessary, seek professional advice. Past performance is not indicative of future results. The comments contained herein are general in nature and are not intended to be, nor should be construed to be, legal or tax advice to any particular individual. Accordingly, individuals should consult their own legal or tax advisors for advice with respect to the tax consequences to them, having regard to their own particular circumstances. Richardson GMP Limited is a member of Canadian Investor Protection Fund. Richardson is a trade-mark of James Richardson & Sons Limited. GMP is a registered trade-mark of GMP Securities L.P. Both used under license by Richardson GMP Limited.