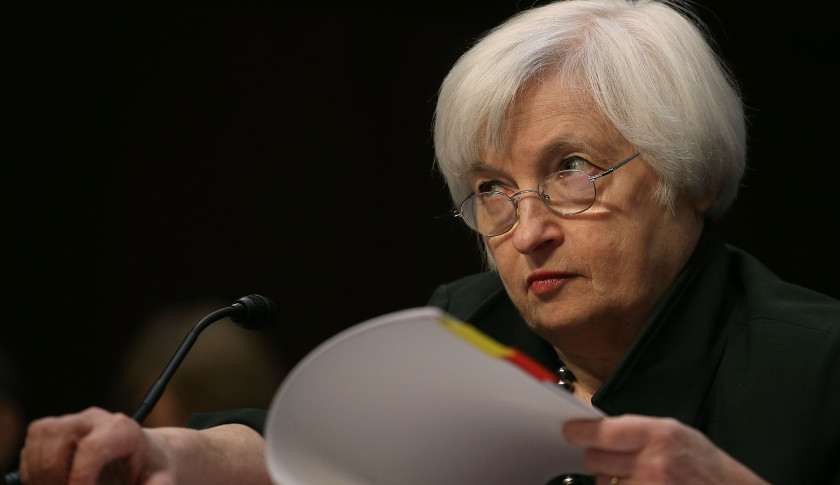 Yesterday, the Federal Reserve released their most recent monetary policy statement. How could it affect the gold market?

As widely expected, the Fed kept interest rates unchanged between 0.25 and 0.50 percent (traditionally, Kansas City Fed President Esther George dissented; she preferred to raise the target for federal funds rate by a quarter-point). The main reason for such a decision was again inflation which “has continued to run below the Committee’s 2 percent longer-run objective” and was “expected to remain low in the near term”.

However, the Fed sounded gently more hawkish. The FOMC members noted that “the labor market strengthened and that economic activity has been expanding at a moderate rate” and that “job gains were strong in June following weak growth in May. On balance, payrolls and other labor market indicators point to some increase in labor utilization in recent months”.

But probably the most important sentence from the statement is as follows: “near-term risks to the economic outlook have diminished”. It’s a signal that a rate hike in September is possible. However, the market odds of such a move actually diminished from 19.5 to 18 percent. It seems that investors did not buy the Fed’s message that a September hike is on the table. The truth is that if the Fed had really thought that the U.S. economy was strengthening, it would have hiked. Instead, it chickened out again, as it simply did not want to surprise the market. This is probably why gold gained after the Fed’s decision.

To sum up, the U.S. central bank kept its interest rates unchanged. It was a bit more hawkish, as it pointed out the strengthening labor market and reduced near-term risks. However, the Fed was not as hawkish as expected – it gave no indication about the possible timing of the hike. This is probably why the price of gold rose after the release of the statement. Some analysts say that September is a real option – although we cannot exclude such a scenario, we see it unlikely due to presidential elections later this year. The Fed’s inaction and the resulting flat expected path of the federal funds rate should be positive for the gold market, at least until the elections.

If you enjoyed the above analysis, we invite you to check out our other services. We focus on fundamental analysis in our monthly Market Overview reports and we provide daily Gold & Silver Trading Alerts with clear buy and sell signals. If you’re not ready to subscribe yet and are not on our mailing list yet, we urge you to join our gold newsletter today. It’s free and if you don’t like it, you can easily unsubscribe.

Disclaimer: Please note that the aim of the above analysis is to discuss the likely long-term impact of the featured phenomenon on the price of gold and this analysis does not indicate (nor does it aim to do so) whether gold is likely to move higher or lower in the short- or medium term. In order to determine the latter, many additional factors need to be considered (i.e. sentiment, chart patterns, cycles, indicators, ratios, self-similar patterns and more) and we are taking them into account (and discussing the short- and medium-term outlook) in our trading alerts.

Gold: Fed And BOJ Are In Play