Jim Rogers: Sugar Is 75% Below All Time Highs 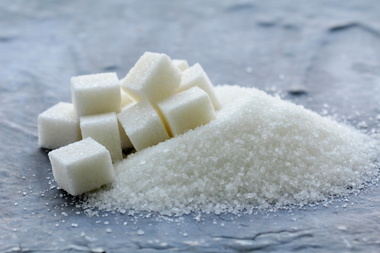 Be prepared for the next great transfer of wealth. Buy physical silver and storable food.

The latest from Jim Rogers, author of A Gift to My Children: A Father’s Lessons for Life and Investing and Hot Commodities: How Anyone Can Invest Profitably in the World’s Best Market.

Jim Rogers is an author, financial commentator and successful international investor. He has been frequently featured in Time, The New York Times, Barron’s, Forbes, Fortune, The Wall Street Journal, The Financial Times and is a regular guest on Bloomberg and CNBC.

Sugar: The bull has returned

On the morning of Oct. 18, sugar prices were consolidating a 3¢-cent-per pound rally that began in mid-July. The market was meeting some resistance at seven-month highs (Chart 1). Then news broke that a massive fire broke out at Santos Port terminal, the largest in Brazil. March sugar spiked up by over 1¢-cent-per pound. By the end of the session, the market had pared the gains and settled at prices not seen since December 2012. In addition to extensive damage to the facility, the fire destroyed 180,000 tonnes of sugar, which had been stored in five warehouses. Miraculously, there were no fatalities and only some light injuries.

The burned sugar itself is insignificant in the grand scheme – it represents less than 0.05% of total 2012-13 Brazilian output. The market can handle that. The much larger problem is the effect on the shipping infrastructure. The gutted terminal has capacity to ship 9 million tonnes per year, about a third of all sugar sold abroad by Brazil. Competing ports will take up some of the overflow, but it is estimated that 20% of total Brazilian sugar shipping will be disabled until repairs are complete. Brazilian sugar traders already invoked force majeure on sugar that was scheduled to be shipped from the port.

A week has passed since the devastating fire, and sugar prices have slipped back to pre-fire levels. It would seem – judging by the market’s reaction – that the impact on the global supply chain will be limited. There is no sign of tightness, even for the near-term. The March-May spread, which had been trading near flat, spiked briefly on the day of the fire to 50 points premium to spot March, but has since narrowed to only 16 points (Chart 2). The global balance sheet for the outgoing 2012-13 marketing year will show a surplus of close to 10 million tonnes. The surplus is expected to narrow, but will still be several million tonnes for the upcoming 2013-14 season. So it understandable that there is a feeling of complacency. A one-off event, like the blaze at the Brazilian port, has historically created short lived excitement for bulls and typically leaves nothing but a false breakout on charts. Once the implications for long-term supply/demand fundamentals are assessed, the market retreats.

Ethanol still a force, but corn stocks in recovery mode

Cocoa: Deficits for the foreseeable future