JIM ROGERS: “Who Knows How Low Prices Can Go” 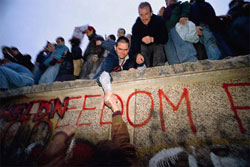 Gold: If India Can Successfully Convince Its People To Sell Gold, Then Who Knows How Low Prices Can Go? Gold has had a nice run up for over a decade now, but it has taken a beating this year.

The yellow metal is currently trading at three-year lows.

We reached out to commodities expert Jim Rogers for his take on what will happen next in the gold markets.

Business Insider: How much lower do you expect gold prices to go?

Jim Rogers: I am useless as a market timer/trader. Having said that, a 50% correction is normal in markets so why not in gold? The 12 year rise was an anomaly in markets so the correction may continue to be an anomaly. There will be rallies after big drops, but I expect another opportunity to buy gold.

BI: What do you think is behind the sell-off?

JR: [1] The anomaly of the 12 year rise, for one thing. [2] India as we have discussed before. Indian politicians are blaming their problems on gold so have added special taxes, tariffs, controls, and regulations. Pakistan and Bangladesh even totally banned imports of gold at one time.

The politicians are now trying to figure out ways to force Indians to sell gold. There are staggering amounts of gold there. The politicians are now trying to hit the temples which have accumulated unimaginable amount of gold over the centuries. I have no idea if they will succeed at either, but the effort is having an effect. IF they are successful to any degree, it will have an even bigger effect. I.e. India has been the largest buyer of gold for decades. Cutting back the purchases has already had an effect. IF they can force the largest buyer to become a seller [much less a larger seller], who knows how low gold could go? [3] A lot of people leveraged themselves too which hurts on the downside. Etc., etc.

BI. Are you buying gold? If not when would you buy gold?

JR: No. I hedged some again a little while ago. …I wish I knew. Read Business Insider to get answers to questions like that.

BI: Do you think the faithful are finally throwing the towel in?

JR: No. Most of them are still denying reality saying it cannot happen etc. They are also blaming it on manipulation still. They did not blame anything on manipulation on the way up, but are now finding all sorts of excuses. [I also find it interesting that I have not seen a single comment from them or anyone else about changes in India — the largest buyer in the world. The whole thing is “manipulation”.]