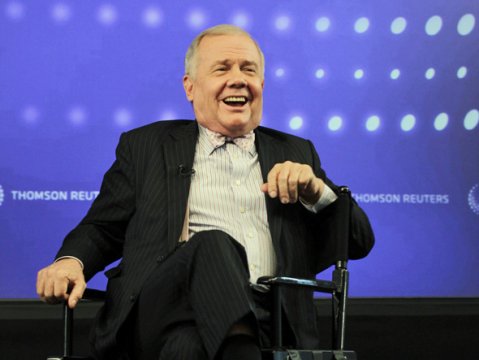 “Mark Twain said the definition of a gold mine is ‘a hole in the ground with a liar standing at the top of the hole’ because there’s just so many of them. Somebody once did a study and I think he determined that more money has been lost in gold mining shares than any other industry in America including airlines and railroads at one time.” – Jim Rogers 12:04 pm July 8th/2013

Here are Jim’s comments on Gold in the last 24hours:

Jim Rogers Destroys The Last Argument Of The Gold Bugs

Jim Rogers correctly predicted gold would fall to $1,200; now he thinks it could go as low as $900

Gold Mining Stocks: Many Other Easy Ways For People To Buy Gold

“We’re getting to that point where either one of two things are going to happen; either central banks are going to stop all this [money printing], or the market is going to force them to stop it. It looks like we may be having a juncture of both… where the Fed is getting worried… and at the same time, the market is jumping in and saying, ‘Yes, it’s insane what you’re doing, and this has to end.’ And if it’s not ending now, it’s going to end sometime in the next year, because this cannot go on – it’s too insane.“

“There are a lot of leveraged players who are now being forced to sell [gold]. Usually when you have this kind of forced liquidation, you’re getting closer to a bottom, maybe not the final bottom, but certainly close to a bottom.”