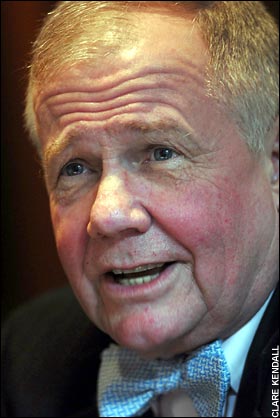 “It seems that Mr. Bernanke may be leaving in a few months.”

The Federal Reserve is pumping up the economy and financial markets with its massive easing tactics, and central bank Chairman Ben Bernanke might not seek another term because he doesn’t want to deal with the “hangover” aftermath of his policies, says legendary investor Jim Rogers, chairman of Rogers Holdings.

“Right now we have a very artificial situation. You have the central bank in America printing staggering amounts of money,” he tells Newsmax TV in an exclusive interview.

“There’s this gigantic artificial flow of money floating into our economy, and this is going to end badly because it is artificial.”