It’s Official: The World’s Biggest Nuclear Market Is Back 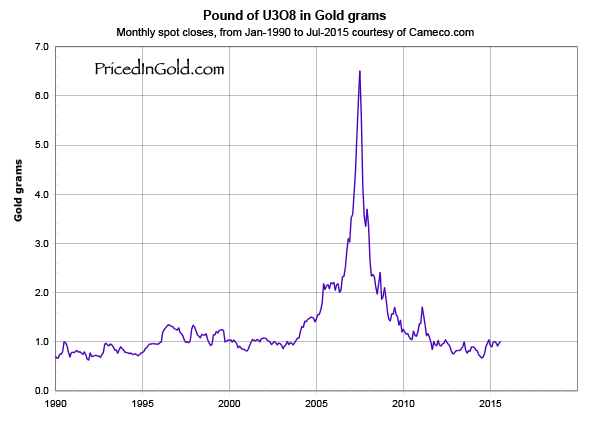 The uranium sector has been waiting a long time for this week. When one of the world’s most important markets for the metal has finally come back online.

Major utility Kyushu Electric Power reported that it flipped the switch on the Sendai number one power plant in southern Japan on Tuesday. With the reactor now expected to reach full power generation capacity by Friday.

The move is of course a small one in terms of Japan’s overall nuclear capability. With over 40 other reactors around the country still sitting idle, after having been shut down in the wake of the Fukushima incident in 2011.

But the restart shows that Japan is intent on returning to nuclear power. Which could pave the way for other plants to return to service soon — potentially beginning with the number two reactor at Sendai, which lies within the same complex as the plant that was rebooted this week.

It will be interesting to see if this psychological boost for the nuclear market provides some support for uranium prices. Which have been languishing around $35 per pound since late April.

Prior to that, announcements about potential nuclear restarts in Japan had prompted notable rallies in the uranium price.  Including a rapid jump to $44 in late 2014 — and a test of $40 this past April. If we do see a similar rise in the price based on this week’s restart, it could create a firmer floor. Potentially leading to a more-sustained rally in the metal.

That would be especially true if more Japanese reactors come online over the coming months. A scenario that is likely — with the restart of the Sendai number two plant currently scheduled for October.

All of which would be welcome news for the commodities complex, given that uranium is one of the only metals holding steady in terms of price lately.

Here’s to a bright spot,