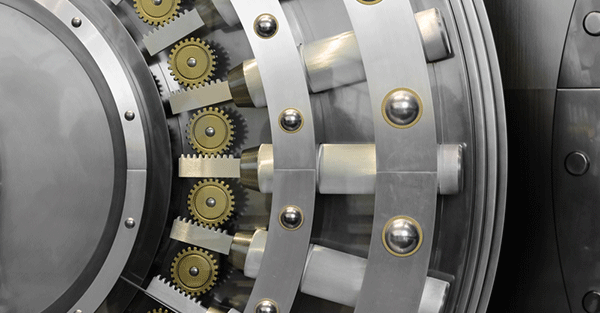 Just stunning. German newspaper Der Spiegel reported yesterday that the Bavarian Banking Association has recommended that its member banks start stockpiling PHYSICAL CASH. Europe, of course, has been battling with negative interest rates for quite some time. What this means is that commercial banks are being charged interest for holding wholesale deposits at the European Central Bank. In order to generate artificial economic growth, the ECB wants banks to make as many loans as possible, no matter how stupid or idiotic.

They believe that economic growth is simply a function of loans. The more money that’s loaned out, the more the economy will grow. This is the sort of theory that works really well in an economic textbook. But it doesn’t work so well in a history textbook. Cheap money encourages risky behavior. It gives banks an incentive to give ‘no money down’ loans to homeless people with no employment history. It creates bubbles (like the housing bubble from 10 years ago), and ultimately, financial panics (like the banking crisis from 8 years ago). Banks are supposed to be conservative, responsible managers of other people’s money. When central bank policies penalize that practice, bad things tend to happen. Traditionally when a commercial bank in Europe wants to play it safe with its customers’ funds, they would hold excess reserves on deposit with the European Central Bank. In the past, they might even have been paid interest on those excess reserves as an extra incentive to be conservative. Now it’s the exact opposite. If a bank holds excess reserves on deposit at the ECB to ensure that they have a greater margin of safety, they must now pay 0.3% to the ECB. That’s what it means to have negative interest rates. And for the bank, this eats into their profits, especially when they have tens of billions in excess reserves. Talk about being between a rock and a hard place. On one hand, banks stand to lose a ton of money in negative interest. On the other hand, they put their customers’ deposits at risk if they don’t hold extra reserves. Well, the Bavarian Banking Association has had enough of this financial dictatorship. Their new recommendation is for all member banks to ditch the ECB and instead start keeping their excess reserves in physical cash, stored in their own bank vaults. This is officially an all-out revolution of the financial system where banks are now actively rebelling against the central bank. (What’s even more amazing is that this concept of traditional banking– holding physical cash in a bank vault– is now considered revolutionary and radical.) There’s just one teensy tiny problem: there simply is not enough physical cash in the entire financial system to support even a tiny fraction of the demand. Total bank deposits exceed trillions of euros. Physical cash constitutes just a small percentage of that sum. So if German banks do start hoarding physical currency, there won’t be any left in the financial system. This will force the ECB to choose between two options: 1) Support this rebellion and authorize the issuance of more physical cash; or 2) Impose capital controls. Given that just two weeks ago the President of the ECB spoke about the possibility of banning some higher denomination cash notes, it’s not hard to figure out what’s going to happen next.

Neither this email nor content posted on the website SovereignMan.com is intended to provide personal tax or financial advice. Before undertaking any action described in this letter, financial or otherwise, you should discuss your options with a qualified advisor– tax accountant, financial planner, attorney, priest, IRS auditor, Bernie Madoff, et

If you’d like to update your email address or no longer wish to receive our daily emails, click the link below: Update email or unsubscribe