It is passed time for a MAJOR disappointment! 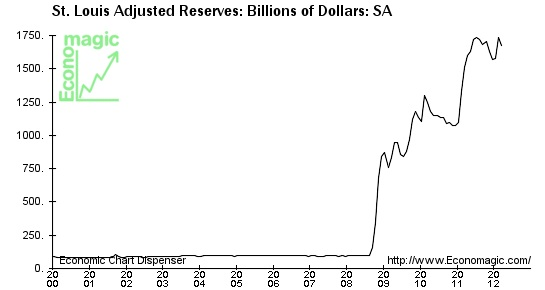 “I guess I should warn you, if I turn out to be particularly clear, you’ve probably misunderstood what I’ve said.”

Are there no limits whatsoever to monetary policy?  It is beyond pathetic that a rising stock market seems the only substitute for real policy from our “best and brightest.”  Why doesn’t it matter to them that it isn’t working?  Are they that intellectually bankrupt and corrupt?  Is it odd that very smart people outside the government continue to bet on QE 3,4,5,6…?  Or is it the only bet?  What in the world is going on here?

Orders for U.S. durable goods fell in March by the most in three years, indicating manufacturing will contribute less to growth this year.

Bookings for goods meant to last at least three years dropped 4.2 percent, the biggest decrease since January 2009, after a revised 1.9 percent gain the prior month, data from the Commerce Department showed today in Washington. Economists forecast a 1.7 percent decline, according to the median estimate in a Bloomberg News survey.

Now, would throwing more money into the banking system “help” this problem of slowing US growth momentum?