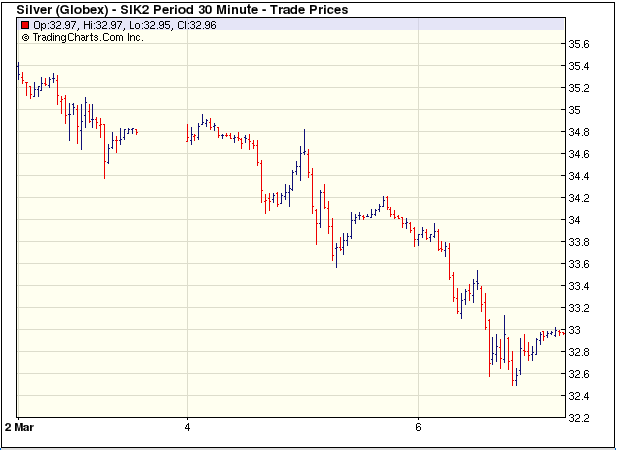 The “mother” of all gold bull market lives and it “ain’t over until I say its over”.

I received this email from a 40-yr. Wall Street trader right after the “flash crash” in gold last week:

While I suspect I’m not the only one in the world who wishes Crocodile Dundee wasn’t just kidding, it was funny that the “Tokyo Rose” of gold had once again thrown out a hedge to cover his decade-long horrifically wrong forecasting record like he does every once and awhile when gold gets far away from his usual dribble, only to see the flash crash occur. Sure enough, he is back to his only usually reliable anti-gold self so take comfort in the fact that the greatest contrarian gold signal of all-time is back where he belongs.

I’ve played this video for quite some time now to remind the very small army of us who have enjoyed virtually the entire ride up in gold that we’re at war with most of the financial industry and the media that follows it. They hate gold and what it stands for and come out of their foxholes every so often during these nasty, but rather short-lived corrections. They did so late last year when gold was more than $100 below where it is now, only to see it rally $200+ in just two months.

Nothing has changed (not even their spiel) fundamentally and I plan on using the cash I’ve built up of late to go back into several positions and new ones.

For me, I shall remember this belief each time the airwaves are filled in the near-term with yet another wave of anti-gold rhetoric:

GOLD IS GOING TO AN INFLATED-ADJUSTED ALL-TIME HIGH BEFORE IT’S ALL SAID AND DONE!