Is The Fed Delaying The Day Of Reckoning? 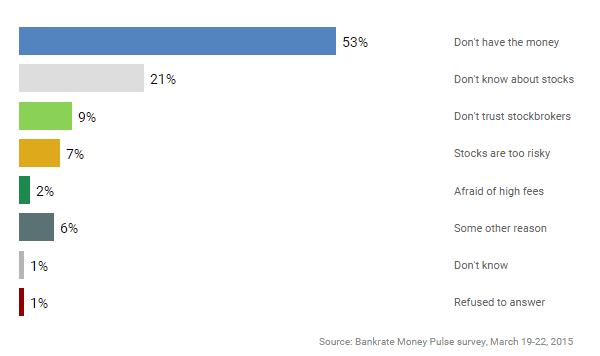 There Is No Economic Recovery!

The FED and the Corporate World understand that there is NO economic recovery. They need to keep feeding this ‘bull market’ with plenty of accommodative easing or this ‘bull’ will die. The FED will do whatever it takes to maintain this by cutting rates to near zero and below so asto spruce up the economy. However, these conventional policies that are being applied, by the FED, will not work seeing as the ‘deflationary forces’ have gained momentum. Global economies cannot sustain rate hikes. They will continue to use ‘expansionary monetary policy’, indefinitely: (https://finance.yahoo.com/news/trump-says-fed-chief-yellen-114816250.html).

The FED will no longer remain the ‘lone wolf’ Central Bank of and by keeping interest rates from going negative. The New Zealand Central Bank went through this same cycle, last year, at which time the economy could not sustain a rate hike, thus resulting in a quick cycle of rate cuts.

The ‘herd mentality’ is now at the stage where they must accept this as the ‘new norm’. They want to keep this illusion alive and do not want to deal with the reality.

When the FED does implement negative interest rates, the stock markets are going to soar so high that it will probably even shock the ‘bulls’. Thus, this is the reasoning that the market will not currently crash, but will experience sharp corrections. In this current market environment, I now recommend putting your money into precious metals.

This is one of the most detested ‘bull markets’ in history. The FED has provided this market with the ingredients that it needs to take it to the ‘bubble level’. The masses will embrace this market in the same manner as the corporate world has done so for the past eight years.

The main trigger for the financial crisis of 2008 was the issuance of mortgages that did not require down payments. The ease at which one could get mortgages, in the past, is what drove housing prices into unsustainable levels.

Currently, Barclays has launched the “Family Springboard Mortgage” which allows homebuyers the opportunity to purchase a property with a mere 5% deposit.  In order to acquire this 5% deal, one will need guarantors to put up the cash, which, in turn, will be lost if one fails to repay the mortgage.

Ones’ family/guarantor must place savings which are equal to 10% of the purchase price into a Barclays Helpful Start savings account. No withdrawals are allowed for three years. The Helpful Start savings account pays the Bank of England’s’ base rate plus 1.5%, which currently means getting 2% interest, before taxes. This is not a lot of interest considering the lengthy period of time: (http://www.barclays.co.uk/mortgages/family-springboard-mortgage).

When the FED starts purchasing private assets, this will negatively impact economic growth and consumers’ well-being. This reasoning is that the FED will use this power to keep failing companies alive and thus preventing the companies’ assets from being used to produce goods or services which are more highly valued by consumers.

Over 50% of Americans do not have enough money to invest in stocks. The U.S., unfortunately, is currently appearing to be closer to that of a third world nation. Americans appear to be living hand to mouth thus making it more and more difficult for the average person to focus on his/her financial security. One in every seven Americans currently depend on food stamps in addition to using Food Banks, despite this ‘so-called economic recovery’.

The chart below from Banktrate.com illustrates that a total of 74% of individuals either do not have enough money to invest in the stock market or they do not know anything about stocks. Random tests have already shown that the monkeys with darts fare better than most of these experts would.

The severe economic contractions which I have been speaking of, over the last couple of years, should now be evident to all of us, today. Productivity has now fallen to a negative rate. Investment has stalled and individuals have turned against globalization. Without productivity growth, capitalism becomes unpopular, globalization becomes unpopular and politicians, in turn, become unpopular.

Gold and silver should be viewed as a form of insurance against the impending future financial disaster. We will also experience another disaster, sooner or later. I am not advocating that you should load up on bullion seeing as the precious metals sector has put in a bottom. I am referring to one obtaining insurance against another financial crisis that has the potential to be larger than the 2008 financial crisis was.

Every crisis also brings with it an opportunity, hence, one should make the best use of this opportunity before the price of gold and silver jump and value. It is better to invest now and see one’s investments multiply rather than waiting for the crisis to commence and pay a premium for insurance later.