Is the euro the new yen? 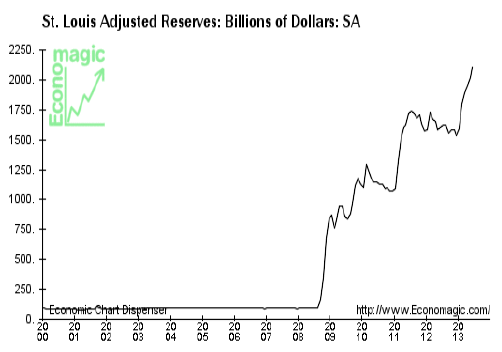 Quotable
“Everything that seems to us imperishable tends towards decay; a position in society, like anything else, is not created once and for all, but, just as much as the power of an empire, is continually rebuilding itself by a sort of perpetual process of creation, which explains the apparent anomalies in social or political history in the course of half a century. The creation of the world did not occur at the beginning of time, it occurs every day.”

Is the euro the new yen?

I floated the idea in Currency Currents a year or so ago, suggesting maybe the euro was becoming the new yen given its economic backdrop relative to the price action. I.E. no matter the seeming malaise across Europe, its currency continued to remain supported, relatively. The yen of did something similar if you look back: it rallied for years even though Japan’s debt kept rising and its GDP kept falling and its interest rates went to zero (threw a monkey wrench into the whole yield spread argument). Two questions here: Will Europe become mired in the same deflationary trap as Japan’s economy once was? And if so, will its currency react the same way—rally?

I am not picking on Europe here, so let’s be clear. Everyone knows US policymakers are doing all they can to follow down the same debt and monetary death trap Japan has already blazed. Remember about three or four years ago when Ben “Blitzkrieg” Bernanke assured us the Fed had plenty of tools available to generate inflation? The implicit meaning was the central bank will do all it can to help the Federal government turn its bonds into certificates of confiscation. Well Ben, you’ve done your part by pumping up reserves in the banking system by 2516% since the credit crunch… …and what do you have to show for it: Falling inflation rates across the G6…not the same as deflation but proves Ben’s toolbox isn’t all that. In the Money & Investing section of The Wall Street Journal this morning, the lead headline read: “Euro Continues Turn Toward Haven.”
The story noted the euro has acted quite well during the latest risk asset turmoil; even acting like the yen and dollar, as a safe haven (not sure how many currency havens we really have). One of the rationales for the strong euro has been the growing current account surplus, something that John Percival of Currency Bulletin pointed out months ago. Is it coincidence the yen’s continued climb during its tight deflationary embrace was accompanied by a strong and persistent current account surplus? [Keep in mind that during this time the US current account deficit was increasing dramatically, that has changed.]
Other factors for the euro’s surprising support might be: 1) local central banks loading up their own country debt still; 2) international fund managers piggybacking on the same trade, resulting in a surprising (to me) narrowing in yield spreads for countries that are still economic basket cases; …3) hedge funds seeking value in European stocks and opportunities with bad loan portfolios.
I don’t believe ECB President Draghi will be able to stem global deflationary pressures across the Eurozone. His tool box seems no better than Ben’s. But same token, I think there are holes in the idea the euro becomes a haven, i.e. the new yen.
• Global macro: The US current account deficit is improving quickly and this momentum looks to continue on the energy boom and rising foreign direct investment into the US. So, for Europe’s current account surplus to continue to climb, Japan and China will likely have to deteriorate further. And with the yen weaker and animal spirits rising in Japan’s economy, it might be a good bet we will see an improvement in their current account. Thus, if China deteriorates rapidly enough to keep the Eurozone’s current account stable, it likely means emerging markets could be heading for crisis territory.
Thus, emerging markets (including Central Europe), likely won’t be taking on an inordinate amount of imports of German goods this year. And if emerging markets edge closer to crisis and China’s growth is lower than expected (which is a good bet) do the hedge funds seeking value in European equities have the stomach too stay the course?
And this idea of Europe as safe haven misses the most important point: Politics. Anti-euro parties across the Eurozone are gaining in popularity and power as deflationary pressures intensify. No surprise given the so-called “legitimate” political parties throughout Europe decided saving the single currency is worth the cost of destroying sovereign economies.
The idea of the euro morphing into the new yen is an enticing idea. But only an idea at the moment; there is plenty of time left in 2014. Stay tuned.
Note: This year our Black Swan Forex service and Currency Options Strategist has been “killing it.” We have updated the track record for both services this morning. You can find them at our home page.
Regards,
Jack Crooks
Black Swan Capital
www.blackswantrading.com
info@blackswantrading.