Is It Time to Start Freaking Out About the Gold Supply? 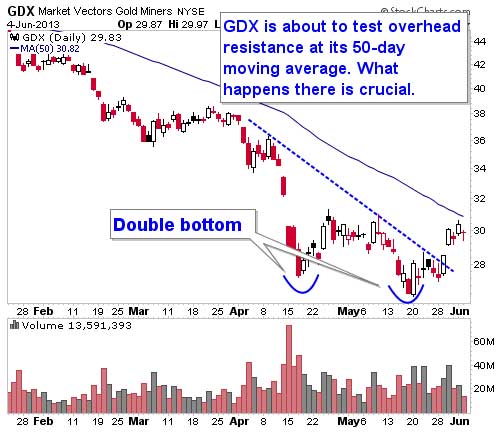 You hear a lot about central banks and gold reserves these days.

Back in February, Germany decided to start repatriating some of its U.S.- and Paris-held gold. And in March, Switzerland announced plans to vote to do the same, as well as to stop selling its gold reserves.

Moves like these aren’t necessarily out-of-the-ordinary. After all, if you’re a gold buyer, it’s generally not a good idea to buy and hold it sight unseen.

But many can’t help but wonder whether Germany, Switzerland and potentially other countries doubt perhaps not the purity of the gold bars held in their name, but rather their existence.

While we expect their gold is ready for the taking, it does make you wonder why, in Germany’s case, it will take seven years for the wealth transfer to be complete.

Whatever the reasoning for the timeline, it’s a lesson to us all that the companies storing and selling your bullion should be able to produce your gold upon request.

But let’s suppose the bullion isn’t where it’s supposed to be … and the governments have to go and buy gold on the open market. Will there be enough available?

Well, there’s plenty in the ground. So that may depend on whether several miners can go forward with their plans to get it out. And unfortunately for some big gold projects, miners are finding themselves between a (gold) rock and a hard place …

Nope. Not gonna happen. At least, not at these prices.

But the Pinson Mine is small potatoes, right?

On Monday, Mexico’s Minera Frisco (MFRVF), owned by billionaire Carlos Slim, said that production at its gold and silver mine El Coronel was suspended due to “illegal” worker action.

El Coronel produced 42,211 ounces of gold and 4,234 ounces of silver in the first quarter of 2013, and was planning on ramping up production.

On Friday, Roque Benavides, chief executive of mining company Buenaventura, talked to Reuters about Conga, the monster, $4.8 billion Peruvian gold project that is being developed by Newmont Mining (NEM). Buenaventura is junior partner on the project.

Protests flared up at Conga again last week. And these aren’t placard-holding hippies singing “Kumbaya.” People have died in clashes with security forces at the Conga project.

The project was suspended in November 2011 at the request of Peru’s central government, after increased protests in Cajamarca by anti-mining activists. Benavides says that those protests, if they continue, could mean the end of the project.

On Monday, an Indonesian government official announced that Grasberg, an Indonesian copper mine owned by Freeport-McMoRan Copper and Gold (FCX), will not be able to resume output for three months until a probe into a deadly tunnel collapse is completed.

Grasberg is known as a copper mine — the third-largest in the world, in fact — but it’s also the BIGGEST gold-producing mine in the world, averaging more than 1 million ounces of gold production each year for the past three years.

Should We Start to Worry
About Gold Supply Now?

The word on the street is that it’s getting tougher and tougher to buy physical gold.

Maybe that’s why people in Singapore were paying a premium of $7 per ounce for physical gold last week — a new record. And if you want to buy physical gold in Singapore in June — too bad! Orders put in now won’t be filled until July.

The buyers are there. The suppliers are getting thinned out. The question of the day may soon become: “Got physical gold?”

What’s your answer going to be?

Miners look good too, of course — at least, the good ones do. That’s why I recommended two new gold miners to my Junior Resource Millionaire subscribers on Friday. Are those positions up? Yup! Are they likely to go higher? Hey, nothing’s certain in this world, but I think the odds favor this trade. Despite recent bad news from Newmont and Barrick Gold (ABX), which is having its own troubles with a multibillion-dollar project, the gold miners seem to be breaking out. Maybe it’s because the gold they do own is suddenly looking a lot more valuable.

The real test will come at the 50-day moving average. Good luck to all.

If you’re doing this on your own, do your own due diligence.

All the best,
Sean

P.S.Tony Sagami has discovered a peculiar indicator that has an incredible 85% accuracy in determining whether a stock will rise or fall. That means for every 10 trades, better than eight of them can make money.

But Tony found a way to juice up his returns. Just in the last 12 months, you could have had the opportunity to make gains better than 600%… five different times!

He’s revealing the details about his secret ABR Indicator in a new breakthrough presentation. However, as with all other proprietary trading strategies, it’s important to keep it under-wraps. So, he’s not planning to leave this new video online for long.