Is It Going To Be Morning Again In America? 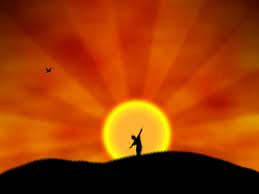 As I watched the debate between Romney and Obama I was amazed at how strong Romney was and how weak Obama was. Romney reminded me of Ronald Reagan, the way he cocked his head and nodded patiently while Obama talked, but especially the way he focused on his “Vision”  of America. Ahead of the debate the polls had indicated that Obama would be re-elected…following the debate the polls indicate a very close race…which got me to thinking about how markets might react if Romney won…about how markets had reacted 32 years ago when Reagan won.

It seems to me that the two current candidates give voters a clear choice about what kind of government, what kind of America, they want…much like Carter and Reagan gave voters a clear choice back in 1980. Under Carter America was struggling in a post-Vietnam War era…inflation had been in the teens, Volker had raised interest rates sharply to “break the back” of inflation and a nasty recession had ensued…oil prices had skyrocketed, there were lineups at the gas pumps and  Carter had appeared on TV in a cardigan sweater to ask Americans to turn down their thermostats to save energy…the Russians had invaded Afghanistan…in Tehran the American embassy had been overrun, American hostages in blindfolds were paraded for the media and the American government was powerless to get their people back. America seemed mired in malaise and the voters wanted  change…Reagan was elected in a landslide and declared that it was, “Morning Again in America.”

I was in New York City on Reagan’s inauguration day, January 20, 1981. There were Yellow Ribbons everywhere, the hostages were flying home, the limos were 6 deep in front of the Waldorf Astoria and the city was positively buzzing…there had been a huge change in Crowd Psychology…America was on a roll…and the markets reacted.

Market reaction to the Reagan Victory:

The US Dollar: had been in a bear market since 1971 (and the pundits of the day had forecast that it was destined to become worthless.) Beginning in October 1980 the US Dollar index rallied from 85 to a high of 165 by Feb 1985..call it a double…it then fell all the way back to 85 by December 1987.

Commodity prices: the CRB index peaked at all-time-highs in November 1980 then fell by 1/3 over the next 2 years.

The stock market: the DJI had its best monthly close in years following Reagan’s election in November 1980 and then traded marginally higher over the next few months, but it couldn’t decisively break through the “1000 point lid” that had been on the market since 1966 and it declined from the summer of 1981 to August 1982 when the “Greatest Ever Bull Market in Stocks” began.

Interest rates:  yields on US Treasuries continued to rise after Reagan was elected with the long bond breaching 15% in September 1981…then bonds began a 30+ year bull market.

My current short term market view:  I continue to see the September highs in stocks and commodities as a “blow-off top” following the latest round of “Q” from global authorities and I’m trading accordingly. I think there is a risk that Market Psychology may become increasingly negative during the next couple of months. Victor Adair is a Senior Vice President and Derivatives Portfolio Manager at Union Securities Ltd. Victor began trading financial markets over 40 years ago and has held a number of senior positions during his long career as a commodity and stockbroker. He provides daily market commentary on CKNW AM 980 radio Vancouver and is nationally syndicated on Mike Campbell’s weekly Moneytalks radio show. Victor’s trading focus is primarily on the currency, precious metal, interest rate and stock index markets and his clients are high net worth individuals and corporations.

You can reach Victor Adair at: