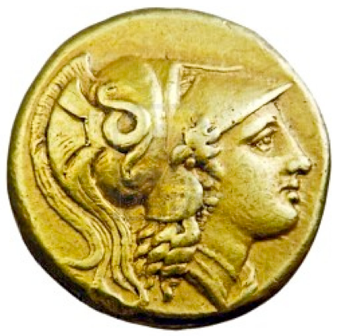 With the situation in Greece becoming extraordinarily dangerous, today Nigel Farage told King World News that Greece is nearing a full blown revolution.  He also said a former distinguished Greek Ambassador is telling him that people with assets are now buying rifles and preparing to defend their properties.  – more on the violence by Farage below or full article HERE

John Embry, Chief Investment Strategist of the $10 billion strong Sprott Asset Management told KWN that we have seen “peak gold.”  He also filled us in on what the Greek situation really means for gold:  “Gold is in a bit of a stranglehold here and has been since almost the beginning of February.  It sort of coincides with this whole Greek saga where they seem to have a solution every morning and by the end of the day somebody points out another flaw. I think this is extremely bullish for gold.” – full article by Embry HERE

Here is what Farage had to say about Greece descending into utter chaos: “I have spoken on this Greek subject repeatedly, and on the Sunday just gone it was a very dramatic day because the Parliament held a session to vote on whether they would accept the new bailout package.  There were a couple of very interesting things that happened there.  Before the vote took place there were 80,000 people on the streets, outside the Greek Parliament, basically attempting to storm the Parliament.”
Nigel Farage continues:
“There were 5,000 Greek police there using tear gas and there were 10 major buildings that were set on fire.  It really was a very dramatic scene that took place in Athens on Sunday.  The Greek Prime Minister, before the vote, said, ‘Violence and destruction have no place in a democratic country.’  My response to that today, on the floor of the European Parliament, was, ‘What democratic country?’  You know we’ve got a Prime Minister that nobody voted for and we now have what is called ‘The Troika,’ who are bureaucrats from the European Commission, the ECB and the IMF.
These three bureaucrats come in once a fortnight and they tell the Greek Prime Minister what he may and may not do.  There is no democracy in Greece.  The country that invented democracy has now had it stripped away.  Is it any wonder that people take to the streets and things turn violent if their rights have been taken from them?  That was really the key point I was making today.”
Farage also had this to say regarding the police beginning to turn on their masters:  “I agree with that because the second part of the quote from (Greek Prime Minister) Papademos, he said, ‘This behavior will not be tolerated.’  Meaning we’re going to crack down hard….

….read all of the Nigel Farage Interview HERE