Is Facebook the Rusty Hinge of the Stock Market? 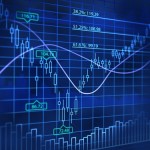 05/22/12: Yesterday, stocks bounced…just as they should have. After two weeks of falling, they were ready to bounce. Heck, even a dead congressman will bounce, if you drop him from high enough.

The Dow rose 135 points. Not very impressive, after so many down days.

Everything has been sinking… Stocks, commodities, oil…

In Europe and emerging markets the damage has been even worse than in the US. Even China is slowing down.

And look at Facebook. We knew the Facebook IPO would cost a lot of saps a lot of money. But we didn’t expect it to happen so fast. We figured Wall Street would get a chance to squeeze the lumpen a little longer before they fled the market.

As it turned out, the mom and pop investors came into the market to buy Facebook and got whacked right away.

“I’m very psychic when it comes to stocks, I really am. I have no retirement, I have no pension, so I try to make money on the market.”

The press reported that cab drivers and plumbers were buying Facebook shares on the first day…for the wrong reasons, of course. One buyer had recently had his house foreclosed. He was buying the stock, he said, to help put his children through school. Good luck on that!

Colleague Justice Litle called it ‘Facebust!’ The hype sent shares up in early trading on Friday. The insiders who moved fast were able to cash out at over $40. But then, the selling overpowered the buying. Justice, writing over the weekend:

Countless idiots, er, optimists expected Facebook shares to pop 50% or more on their first day of trading, not taking into account the fact that, when EVERYONE IN THE WORLD has the same universally telegraphed notion as you — with ability to execute by mashing a mouse button — it is probably not the sharpest play.

At any rate, after a very anemic “pop” reminiscent of discount bin champagne purchased from a gas station, FB shares fell straight to the $38 level (where the IPO was officially priced).

At $38 the underwriter investment banks came in, vigorously “defending the shares” as a matter of business honor. Without the heavy buying of Morgan Stanley and others, for the express purpose of propping up the shares, FB could have seen a death spiral on its first day of trading. This would have forever marred said underwriters’ reputations, which is why it didn’t happen.

(Investment banks are paid a very pretty penny for bringing an IPO to market; one of the services they provide, in exchange for that fat payday, is propping up the shares, i.e. “creating a price floor,” with their own dough as need be, to keep the offering from looking like a dog. This is completely legal and sanctioned by the SEC.)

The Facebook IPO was a sort of psychological fulcrum point. It was perhaps the biggest public participation event of all time, in terms of getting “the man on the street” to take a flyer on a stock. When such tomfoolery works out badly, Joe Sixpack’s taste for risk — the mother’s milk of Wall Street — is that much further soured. (It should be noted that a whole raft of other “social media” stocks — Zynga etc. etc. — fell hard when Facebook came up short.)

In addition to the above, virtually every large mutual fund and long-only money manager on Wall Street felt compelled to purchase Facebook shares (for fear of missing out on “the next Apple” had they not).

If the Facebook hype fails, then — if the Maginot line of $38 price support gives way — it could have an incredibly demoralizing impact on the market as a whole, alongside the ominous “doom loop” that is Greece.

Such are the conditions in which “unease” turns to “maybe we should get out,” which then has a nasty habit of escalating to “GET ME OUT NOW,” acted upon by groupthink investors en masse.

“Market Up, But Investors Dump Facebook,” was the headline report from Reuters. The stock sold off…finishing the day down 11%. What happened to the underwriters, everyone wanted to know. The stock fell below the IPO price on its first full day of trading. Apparently, Wall Street was not willing to come to the rescue — not with its own money.

We had a hunch that Facebook might become the hinge event for this stock market. Shares had been selling off for two weeks prior to the FB launch. But the selling was orderly.

After so much selling for so many days, buyers are bound to come back. So the Dow went up yesterday.

But the FB hinge has creaked…and squeaked…and warned retail investors. They came in the door. They didn’t like what they saw. Many will take to the exits quickly. Others will stick around, until a growing sense of revulsion, mixed with losses, eventually pushes them out.

Ray Dalio calls it a “beautiful de-leveraging.” We don’t see the beauty in it. But we admire it for what it is — a natural and necessary response to the grotesque debt build-up of the last half century. It may not be beautiful, but it is doing its work as best it can under the circumstances.

Households are lowering their debt levels. Businesses are hoarding cash. The private sector, generally, is getting itself into better shape. All very natural…and all things in nature have a beauty, of sorts.

It doesn’t hurt that interest rates are so low. Even the price of gasoline is going down. In this sense, the Great Correction itself is helping…beautifully. The whole world economy is slowing down, lowering prices for energy and housing — two of the biggest items in the household budget.

The way to cut debt is to first cut expenses. Then, you have more money available to pay off your loans. And it’s fairly easy to cut expenses when interest rates are so low.

In 2005 and 2006 we advised Dear Readers to sell their overpriced real estate and rent. Now it’s time to reverse the procedure. At today’s rates…and today’s prices…it’s time to buy.

In some areas, house prices are down 50%

In those very same areas rents have risen.

At 3% (which you can get on a 15-year fixed rate mortgage) your monthly mortgage payment might be only HALF your rent payment. So you can save money there.

Then, you deduct the interest from your taxes.

And then, the Fed gives you a bonanza when its monetary inflation finally turns into consumer price inflation…or even hyperinflation. Your mortgage balance could be reduced 10%…30%…80% in just a few months.

In other words, you get paid to wait for the feds to wipe out your mortgage!

Cut your expenses. Get into cash. Remember, our ‘Crash Alert’ flag is up. And a lovely correction is underway.

Tomorrow: how the vandals in Washington and at the Fed are defacing the “beautiful de-leveraging.” Since founding Agora Inc. in 1979, Bill Bonner has found success and garnered camaraderie in numerous communities and industries. A man of many talents, his entrepreneurial savvy, unique writings, philanthropic undertakings, and preservationist activities have all been recognized and awarded by some of America’s most respected authorities. Along with Addison Wiggin, his friend and colleague, Bill has written two New York Times best-selling books, Financial Reckoning Day and Empire of Debt. Both works have been critically acclaimed internationally. With political journalist Lila Rajiva, he wrote his third New York Times best-selling book, Mobs, Messiahs and Markets, which offers concrete advice on how to avoid the public spectacle of modern finance. Since 1999, Bill has been a daily contributor and the driving force behind The Daily Reckoning. Dice Have No Memory: Big Bets & Bad Economics from Paris to the Pampas, the newest book from Bill Bonner, is the definitive compendium of Bill’s daily reckonings from more than a decade: 1999-2010.

Special Presentation Shocking gas price prediction released…A former Big Oil executive’s shocking prediction- “Gas prices could soar to “$7 to $8 a gallon.” Smart Americans are getting ready for gas price spike, but they’re setting themselves up to get rich as gas prices rise. Get the full details…