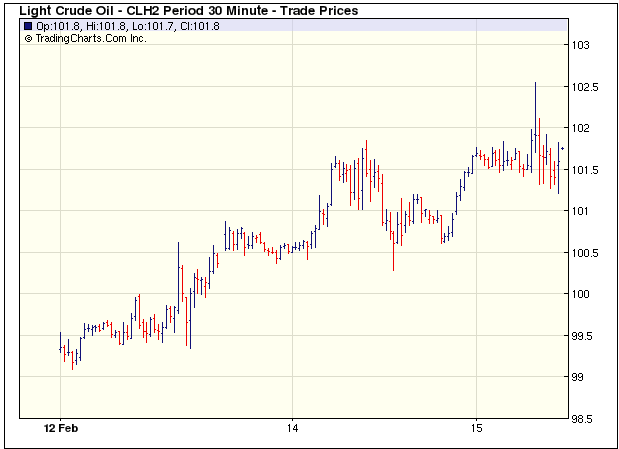 The move comes days after Iran’s Oil Minister Rostam Qassemi said Tehran could cut off oil exports to “hostile” European nations as tensions rose over suggestions that military strikes are an increasing possibility if sanctions fail to rein in the Islamic Republic’s nuclear ambitions.

Iran argues that the EU oil embargo will not cripple its economy, claiming that the country already has identified new customers to replace the loss in European sales that account for about 18% of Iran’s exports.

Members of Iran’s parliament have been discussing a draft bill, although not finalised, which would cut off the flow to the European Union before the latest EU sanctions on Iran go into effect this summer.

Iran has said it is forced to manufacture nuclear fuel rods, which provide fuel for reactors, on its own since international sanctions ban it from buying them on foreign markets. In January, Iran said it had produced its first such fuel rod.

Iran’s unchecked pursuit of the nuclear programme scuttled negotiations a year ago but Iranian officials last month proposed a return to the talks with the five permanent UN Security Council members plus Germany.

TSX flat amid rising commodities, Greek assurances that it can get bailout