Investors Go “All-In” Without A Net 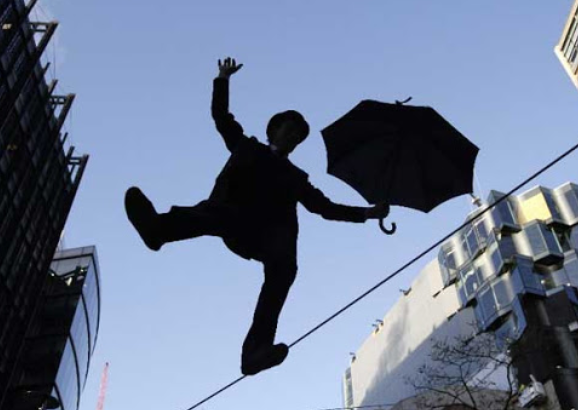 We have recently written a couple of posts about the “exuberance” that has invaded the market since the election. Such is often seen near short- to intermediate-term peaks in markets as investors go “all-in” without a net.

It was on December 5th, 1996, during a televised speech, that Fed Chairman Alan Greenspan stated:

“Clearly, sustained low inflation implies less uncertainty about the future, and lower risk premiums imply higher prices of stocks and other earning assets. We can see that in the inverse relationship exhibited by price/earnings ratios and the rate of inflation in the past. But how do we know when irrational exuberance has unduly escalated asset values, which then become subject to unexpected and prolonged contractions as they have in Japan over the past decade?”

It is an interesting point that the U.S. has sustained low rates of inflation combined with monetary and fiscal stimulus, which have lowered risk premiums, leading to an inflation of asset prices.