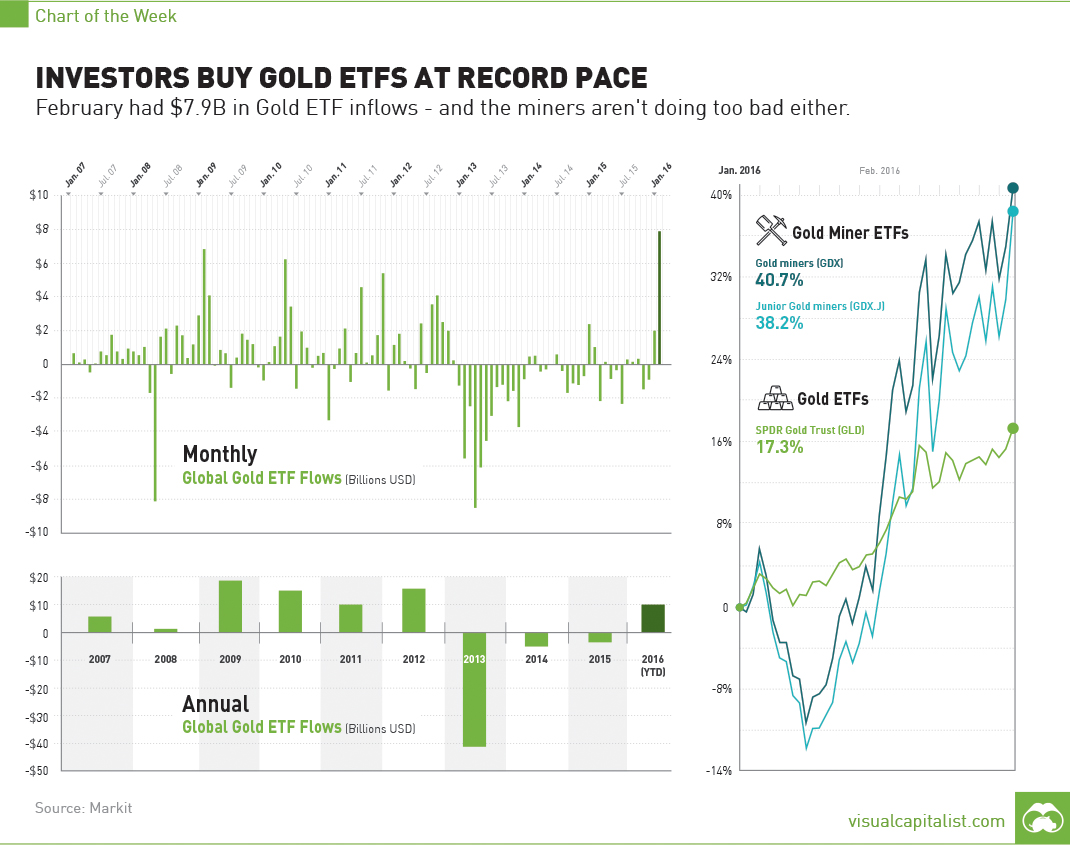 FEBRUARY HAD $7.9B IN GOLD ETF INFLOWS – AND THE MINERS AREN’T DOING TOO BAD EITHER.

What were the three most popular investments over the last month?

If we’re judging by ETF inflows, the three areas that investors piled into were precious metals, government bonds, and low-volatility equities.

Notably, it was gold ETFs that set a new record with their highest monthly inflows in eight years, as investors bought $7.9 billion of securities in February. This is according to the latest from market data company Markit, that also noted that inflows relative to assets under management (AUM) were equally as impressive.

More specifically, last month’s buying represented an increase of 14.6% in terms of AUM. This is a level only surpassed once before during the heat of the Financial Crisis, when inflows relative to AUM hit 17.7% in February 2009.