Investors Are Becoming Bullish on Commodities 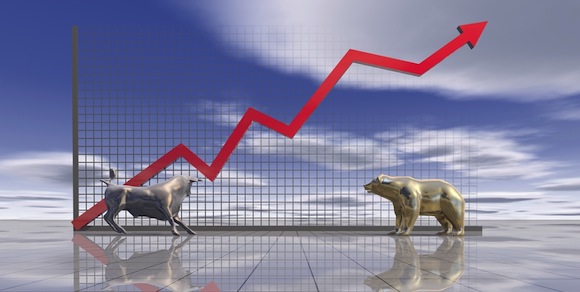 Dow Jones reported that the S&P GSCI Index, a measure of commodity futures, was up 28% last year: “many commodities have continued to rally this year. Oil and natural-gas prices have soared more than 50% over the past 12 months. Precious metals like silver and materials like lumber have scored big gains in recent weeks.”

Citigroup noted, according to Dow Jones, that “commodity assets under management globally rose 7% in January from the previous month to $391 billion, up more than 50% compared with the previous year.”

“The Materials Price Index, which tracks oil, metals, lumber and other commodities, closed higher for a record 17 straight weeks before finally falling in the last week of February,” Dow Jones reported.

Bloomberg reported that deal-making is starting to pick up in the metals arena: “Transactions announced in the first two months of the year climbed 41 percent to $7.6 billion from a year earlier, according to data compiled by Bloomberg. That’s the best start to a year since 2013, before gold and copper entered bear markets. Premiums for the deals announced in February averaged 33 percent, the highest since August, data show.”

“Investors poured about $4.9 billion into exchange-traded funds that track materials companies in the three months through March 3, beating funds linked to technology firms, according to data compiled by Bloomberg.”

Gold, silver, platinum and palladium futures are up at least 7% this year, Bloomberg noted.

Want to read more Gold Report articles like this? Sign up for our free e-newsletter, and you’ll learn when new articles have been published. To see a list of recent articles and interviews with industry analysts and commentators, visit our Streetwise Interviews page.