Interesting Silver Debate: Do Old Indicators Matter Or Is Physical About To Overrun Paper? 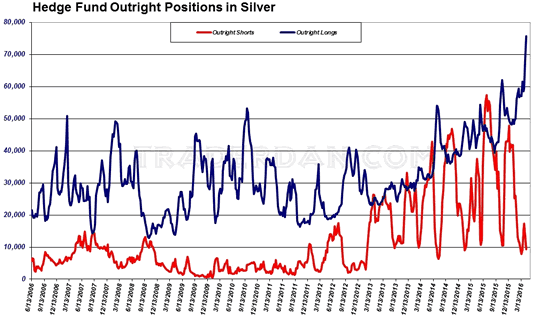 For as long as most gold and silver investors can remember, the paper markets — that is, banks and speculators placing bets with futures contracts — have set the price of those metals. And within the paper markets, “the commercials” — fabricators and big banks — have time-and-gain fooled speculators like hedge funds into piling in (both long and short) at exactly the wrong time.

The data series that tracks this relationship is known as the commitment of traders report (COT), and it’s been a pretty reliable indicator of precious metals’ short-term trajectory.

Right now that’s bad news for gold and especially for silver, because the speculators — who, remember, are usually wrong at the extremes — are exuberantly long the latter, implying that the silver recovery is due for a correction. Here’s a recent piece from well-known metals trader Dan Norcini:

Silver Commitments of Traders – Halloween is Arriving Early This Year

By that I mean, it just keeps getting scarier and scarier.

My guess is that every speculator on the planet is long silver/short gold or outright long silver.

That of course is an exaggeration but I am not exaggerating when I categorically state that the silver market is a train wreck just waiting to happen. As I have said before, and will say so again – I would rather miss any more upside in this market than get long now, not with a trade so lopsidedly jammed with speculators on the long side. I will leave that for the daredevils and others who like driving the stagecoach as close to the edge of the mountain pass road as they possibly can.

Here is a look at the hedge fund outrights: Yet another all time record high! Tell me we do not have a buying frenzy taking place in the silver market! I suppose it can keep going higher and the specs can keep piling on more and more longs but when it breaks, it is going to be ugly – unless you are short and then it will be a thing of beauty to behold a mass exodus of hapless specs who ended up buying the top in this thing.

Commercial interests and Swap Dealers have been more than happy to offload silver into the hands of speculators at these prices. If I were long this market, and I am not, I would get some downside protection through the use of options at the very least.

On the other side of this argument is London metals trader Andrew Maguire, who in his latest interview on King World News interview asserts that gold and silver are entering new, post-paper age in which physical demand sets prices:

Western central planners have finally lost control of the gold market. There is an unprecedented liquidity drain out of London markets into physical markets in the East. It’s flowing out of the paper market into the physical exchanges. These events are unprecedented, forcing changes in the behavior of paper markets that are not comprehended by paper-centric analysts who are puzzling over outdated chart patterns and synthetically extracted data.

Just this week things came to a head. An overwhelming number of bearish observations appeared in the blogosphere. I see a lot of hand wringing about open interest structure which historically at these levels has resulted in a major rinse lower. But the gold market is increasingly driven by global physical benchmarks. The physical market dog is starting to wag the paper market tail. Anyone trading paper-centric historical patters is driving forward while looking in the rear view mirror.

Maguire goes on to say that if this is indeed the long-awaited physical take-over of the precious metals markets silver will not only fail to correct, it will go up faster than gold, brining the gold/silver ratio down to more historically normal levels.

For those getting back into precious metals after the brutal bear market of the past few years, the prospect of the Eastern physical markets taking over from the Western paper markets is welcome. But it adds another layer of complexity to an already opaque market.

So here again, the only rational response is to embrace the short-term uncertainty and dollar-cost average. Since both camps in the above debate see precious metals much higher a few years hence, just buy a little at a time and don’t try to play the squiggles. Leave that to the pros.