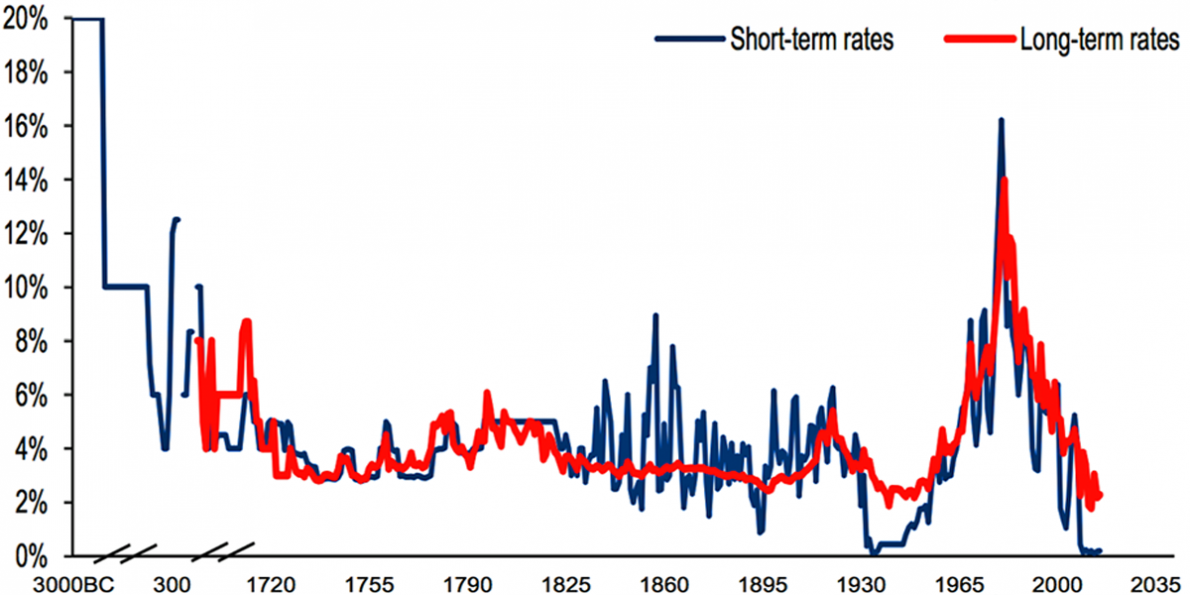 The evidence continues to mount that the 35 year bear market in US bonds is over, interest rates are heading up and the implications are dramatic. For example,  the rate on a 10 year US bond is 2.37%. Compare that to the rate of a 10 year German bond of .35% and you know why German money is flooding into the US driving the dollar higher and other currencies down. (full transcript below)

by Michael Campbell
Talking about interest rates isn’t as near as exciting as last weeks US election, but i’ll tell you the implications of a change in trend would be profound and the evidence continues to mount that the 35-year bear market and bonds is over in the US. In other words the low in interest rates is in.
The US 30-year bond prices have clearly broken down and the 10-year bond looks to be on the same path. I’ll give you just one quick example of the implications before maybe you nod off to sleep. The rate on a 10-year US bond is now 2.37%, almost 3% on their 30-year bond. Now think about this. The 10-year raid on a German bond is only .35% so you don’t have to have a finance major to see the incentive for German money to start coming into the US pushing the US dollar higher, and other currencies, including the Loonie and the Euro, lower. That’s what’s been happening in the last week with the Loonie dipping under 74 cents.
The drop-in bond prices is estimated to have cost investors 1 trillion dollars in the last week alone! At the same time the estimated 9 trillion in debt of emerging market countries that have their debt denominated in US dollars is becoming unmanageable as their home currencies decline along with their economies.
As I said, this is a really big story. There’s a 152 trillion dollars in global debt including 16 trillion in negative yield debt, so a change in interest rates will have major, long-term repercussions.
Michael Campbell