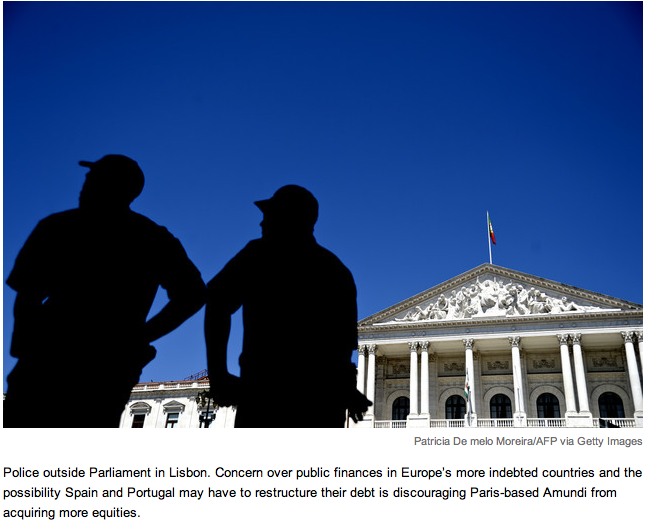 While most retail financial advisors today are counselling clients to remain fully allocated to risk markets near 6 year highs (they always do, at least until after big losses hit and then they will suggest some switching around) institutional managers, traditionally dubbed the “smart money” have become highly risk averse. See more here: Europe’s biggest asset manager favors cash

“Amundi, Europe’s biggest asset manager with almost $1 trillion of funds, said it increased cash holdings at the expense of equities and high-yielding bonds because global growth may be weaker than expected next year.

“Forecasters remain too optimistic about global growth for 2014,” Didier Borowski, head of strategy and economic research at Amundi, said in an interview in Geneva last week. “We have to be very cautious on risky assets in the short term.”

Amundi, which mainly invests on behalf of institutions, said diversified funds have as much as 55 percent of assets in cash as a weaker economic outlook deters riskier investments…

The Stoxx Europe 600 Index fell 8.2 percent since Bernanke spoke, while the MSCI World Index dropped 4.9 percent. Borowski said stocks may decline further if companies and analysts revise down their earnings expectations on weaker-than-expected growth in 2014.

The global economy is expected to grow 3 percent in 2014 compared with 2.13 percent this year, according to data compiled by Bloomberg……read more HERE