Inside China’s quiet plan to dethrone the dollar

Posted by the HUSTLE 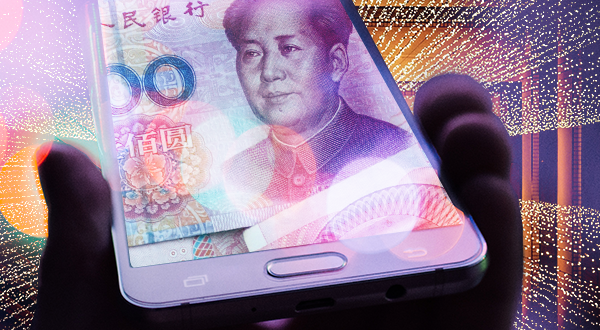 The People’s Bank of China (PBOC) is piloting a digital version of the country’s currency (Chinese yuan) that will circulate alongside its paper and coin counterparts.

It’s similar to other digital currencies like Bitcoin or Ethereum, except for one key difference: The digital yuan is issued by the Chinese government.

The Chinese government plans to tightly control the value of the digital yuan — something the PBOC has historically done with the paper yuan — making its proposed narrow price fluctuations something of an anomaly in crypto-land.

On the flip side, the digital yuan gives the Chinese government a shiny, new spying tool, allowing the government to see transaction flows, spot tax evaders, and even experiment with expiring cash.

But it’s also about taking down the dolla…

Ever since WWII, the US dollar has been the world standard for foreign exchange trades: 88% of all trades are backed by the dollar, according to a 2019 Bank for International Settlements survey. The yuan? Only 4.3%.

That exchange domination lets the US government see how dollars move between borders and allows it to freeze individuals or organizations out of global financial products — a move known as dollar weaponization.

Now, China plans to introduce a currency with all the benefits of being digital and backed by a government that loves price fixing.

(Also see this: Early Facebook investor and Palantir founder Peter Thiel believes that Bitcoin could potentially be a financial weapon wielded by China against US Dollar hegemony)