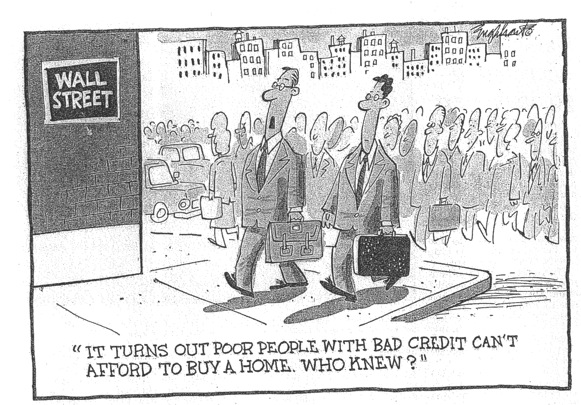 “Life is a series of natural and spontaneous changes. Don’t resist them – that only creates sorrow. Let reality be reality. Let things flow naturally forward in whatever way they like.” I am going to try to keep this simple, because it is too easy to make it all so damn complicated.  First let’s state the premise of this missive:

We are very close to what the great Charles Kindleberger referred to as “discredit.” We know these three stages by other names such as markup, distribution, and mark-down….But I think Professor Kindleberger’s term, especially “Discredit,” are much more apt in this cycle, as it better describes the mind-set at work that eventually leads to an unraveling of all that speculative excess those Wizards implementing monetary and fiscal policy have worked so hard to sustain.

As we know, those in the know are the ones that distribute to those not in the know.  This is the “Revulsion” stage.  This is why major bull markets tend to roll over gradually, given the ubiquitous “they,” time to unload.  I think we are in the midst of that stage now, as the market “corrects.”

The next stage will be “Discredit.”  This is the point at which even your soccer mom friends understand the policies of credit expansion heaped on us by the world’s largest governments and central banks were a complete disaster for the “average” person.  This is panic selling time.  This is recession/depression in key parts of the globe time.  This is bankruptcy for individuals and institutions time.  This is social unrest time. This is debt Jubilee time.

Why do I believe we will reach this stage?  Because the numbers are telling us so; assuming we care to listen…

Before I give you the ugly details, let me digress just a bit, set the stage, and pat myself on the back for getting something right, I think.

Just after the credit crunch, about six years ago, Black Swan created the chart you see below to help our readers better understand the powerful and negative feedback loop between debt and demand. This nasty feedback of debt’s impact on aggregate demand was also part and parcel to our view deflationary pressures would continue to build in the global economy—reserves in the banking system didn’t matter as it isn’t inflationary in the standard sense of the word until those reserves lead to chasing real prices in the real economy higher.  It hasn’t because of debt.  But if we look at the stock market, I think it is fair to say there is a whole lot of inflation there thanks to the leakage of all these reserves, among other reasons.

We penned a special report back in September of 2009 on deflation.  At the time we caught plenty of flak from the “there must be inflation” crowd (you can view the report by clicking here).

I remember Marc Faber was making the rounds when we penned out Deflation Rising report; he of course was telling everyone it was 100% guaranteed we would be witnessinghyperinflation because of quantitative easing.  I noticed since the stock market corrected a bit, Mr. Faber is again seeking out microphones and cameras, as usual, to share his doom.  So how did that short bond trade work out for you Marc?

And of course Jim Rogers was singing the praises of inflation which would no doubt lead to a never-ending bull market in commodities at the time; yup quantitative easy is sending us into the Weimar Republic land of runaway inflation good old Jim told us.  Food was where it was at.  How’s that long wheat trade working out for you Jim? Coincidently Jim has emerged from a summer hibernation to start pontificating again.

The point is not to slam these two guys for being wrong (though it’s fun to do).  Both have been very right many times throughout their careers and have made a lot more money than I have.  But I share to make a point they and many others missed: debt matters when it reaches a critical level. It is about money AND CREDIT…not just money.

Now some six-years after the credit crunch and what have our Best and Brightest in government and Central Banks wrought:  an even greater level of debt in the global economy.  I keep saying that if you made this stuff up no one would believe you.

Some of the guys I like did get it right early on when it comes to deflationary forces in the economy; they included Gary Schilling, Bob Prechter, and my favorite of all Lacy Hunt.  These guys seem to do their thinking before they run in front of a microphone.  I don’t have numbers to back this up, but I would bet Lacy Hunt has been more right on the bond market for more time than any other financial economist in history.  The guy is plain brilliant in my humble opinion.

That said, why re-create the wheel.  I have summarized some numbers from Lacy’s latest economic missive to show why monetary and fiscal policy has been an abject failure in this cycle and will lead to “discredit.”

“Contrary to widely held beliefs, the world has not yet begun to delever and the global debt-to-GDP is still growing, breaking new highs.” Further, it is a “poisonous combination” when world growth and inflation are lower than expected and debt is rising.  “Deleveraging and slower nominal growth are in many cases interacting in a vicious loop, with the latter making the deleveraging process harder and the former exacerbating the economic slowdown.” […as per Black Swan’s graphic in the chart on page two.]

And for those of you who still believe emerging markets will help pull us out of this muck, Lacy writes:

This research [Geneva Reports] also identifies two other highly significant trends. First, global debt accumulation was led by developed economies until 2008. Second, the debt build-up since 2008 has been paced by the emerging economies. The authors write that the rise in Chinese debt is especially “stunning”. They describe China as “between a rock (rising and high debt) and a hard place (lower growth).” In addition to China they identify India, Turkey, Brazil, Chile, Argentina, Indonesia, Russia and South Africa as belonging to the “fragile eight” group of countries that could find themselves in the unwanted role of host to “the next leg of the global leverage crisis.”

As I read the news and various economic commentators, I get a feeling some have caught on, and many more are catching on, to the fact central bank and government fiscal policy has failed the real economy mightily.  And now we are faced with the prospect of clearing that debt, at some point.   Mr. Market being freed to clear away the dead wood of debt (malinvestment) is the “discredit” point Professor Kindleberger talks about in his appropriately named book: Manias, Panics, and Crashes.

I leave you with this tidbit taken from Murray Rothbard’s masterpiece, The Great Depression; the comments that follow are from our Deflation Rising report back in 2009:

To prolong a Depression…

4)  Keep prices up.  Keeping prices above their free-market levels will create unsalable surpluses, and prevent a return to prosperity.

The real threat is government’s attempts at a solution is not only prolonging, and possibly dooming, subpar global growth for years to come, but it could be sowing the seeds of yet another crisis, or double-dip recession.  This is especially dangerous when you consider central banks and global authorities are already running low on ammunition to counter the impact of deflationary pressures.