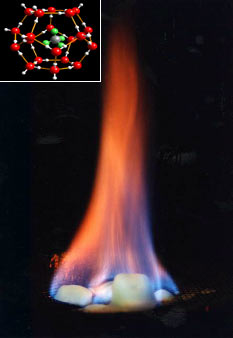 Last week something major happened off the coast of Japan…

Nearly 1,000 feet below the seabed, Japanese engineers successfully accomplished something that has the potential to turn this resource-poor island nation into a world leader in fossil fuel production. After hundreds of millions of dollars and more than a decade of research and testing, Japan has officially extracted natural gas from underwater deposits of methane hydrate.

I know that doesn’t sound very exciting — but bear with me, because this event has officially marked the beginning of a new energy revolution that could actually be bigger than fracking!

Let me repeat that: bigger than fracking.

According to a 2010 International Energy Agency report, it’s estimated methane hydrates — also known as “flammable ice,” because it’s essentially a frozen gas — contain almost twice as much energy as all the world’s resources of gas, oil, and coal combined.

Let that sink in for a moment…