Russell – Total Collapse & The Monetary Story Of The Century 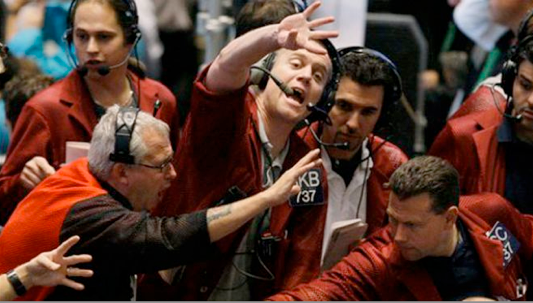 With historic events taking place around the globe, the Godfather of newsletter writers, 90-year old Richard Russell, put out one of his most dire warnings of the year, covering everything from missing U.S. gold, to the complete collapse and destruction of all global fiat currencies and the world monetary system.  The 60-year market veteran also warned that if the U.S. gold is in fact gone, it will be the “monetary story of the century.”

Russell:  “I’m looking at a report from the World Gold Council, September 2014. I was shocked to see that according to the official world gold holdings, the US holds the largest amount of gold of any nation in the world. Even more astounding, the US leads the world in the percentage of its currency reserves in gold. According to the World Gold Council, the US holds 72% of its forex reserves in gold.

How can this be?

….read on to find out RR’s answer to that question HERE