How Washington Will Silently Cut Your Social Security Benefits 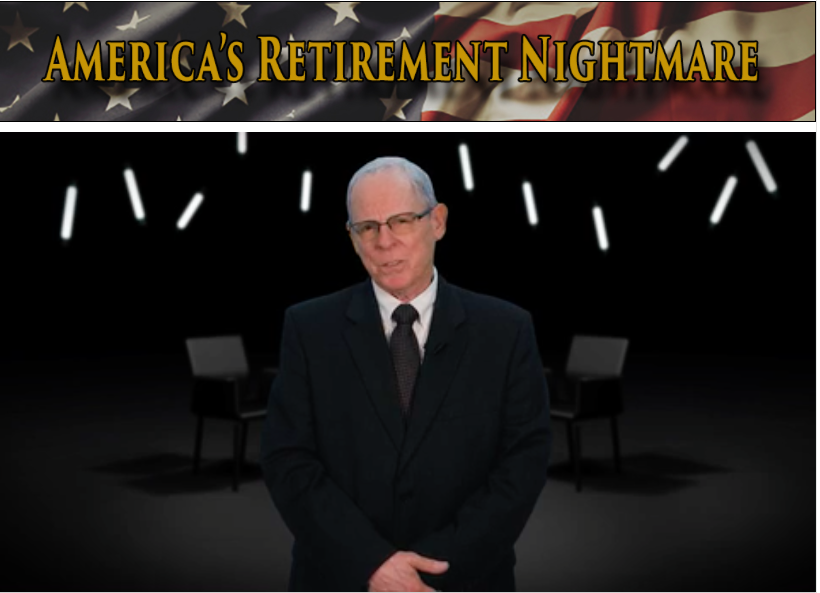 You can’t advance to the end, but it is a powerful description of how the US Federal Government intends to steal retirement savings to fill its massive debt hole. Retirement savings is the only large amount of money left to steal, and it is an irresistable target for debt crazed politicians. Worth watching if you are a baby boomer who has money saved – Editor Moneytalks.net In short, I believe we are about to witness the largest confiscation of private wealth in history … and the targets will be Social Security benefits, pensions, 401(k) assets, IRA accounts, and nearly every other retirement vehicle you may currently be counting on.

Sound hard to believe? Or a little too extreme?

But this is precisely where all of my research points.

New legislative initiatives that are currently being discussed on Capitol Hill …

Or, most disturbingly, some of the things our various Presidential candidates are actually saying out on the campaign trail!

The reality is that our country is so deeply in debt — and so many Baby Boomers are now reaching their golden years — that lawmakers will have NO CHOICE but seizing more money from anyone who has saved and invested privately … and I believe it’s all going to hit the fan the minute the November election is over.

So I’m not going to sit by and just watch millions of Americans lose everything they’ve worked so hard for.

Instead, I’m willing to risk a lot of ridicule and blowback to tell you the truth that nobody else will … and more importantly, to show you how to prepare yourself before it’s too late.

All the details are in this brand-new interview that I just finished.

Look, I know it might sound crazy to talk about Washington cutting Social Security benefits or forcing people to invest their retirements in more government debt.

But the reality is that both things are ALREADY happening to millions of Americans and it’s only just the beginning of what’s coming after the November election.

So just click HERE to watch my brand-new video now, while you still have the most time to prepare.

P.S. Very recently, people thought I was being a “fear monger” for saying lawmakers would take various Social Security filing strategies off the table. Then it happened — very unexpectedly and quickly — just a few months ago. And again, that’s just the start of a much bigger trend that you need to understand as soon as possible!