How To Learn From Every Failure 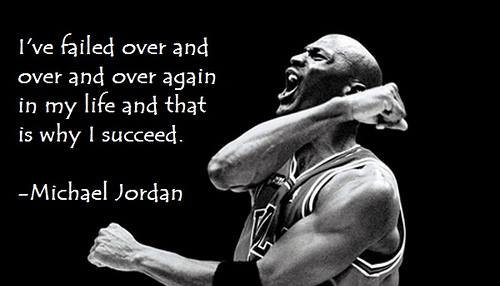 Failure can be a good thing if you take it as an opportunity to learn and ‘Start again more intelligently.’ as Henry Ford said. No one has a consistent track record of success without ever experiencing failure. In fact, if you study the lives of great people, you find they experienced significant, repeated, and consistent failure, particularly early in their careers, before success was ultimately achieved.

You will also find by studying the lives of these successful people, that each failure produce the fruit of future success.

Abraham Lincoln famously failed many times including: one failed business, one lost sweetheart and seven losses for political office. However, he went on to win more often than he failed, and eventually became the President of the United States.

Steve Jobs was fired from the company he co-founded, Apple, only to be rehired and lead the company to incredible success.

Walt Disney was a high school dropout that was once fired for ‘not being creative enough’ and went on to launch and build one of the greatest entertainment companies in the world.

Even the best and the brightest have failed at one point but bounced back. If they can do it, so can you!

Once you have failed, strive to learn why, and what to do differently next time. If you fail and then do the same thing without learning, you will never achieve success, as you haven’t learned any lessons from the failure.

Be objective and realistic about failure. Do not spend hours dwelling on it, rather, examine and see what you can learn from it. Apply your new knowledge to your next endeavor, and you will find that over time that your rate of failure will go down, and likely, the magnitude of those failures will decrease.