How The Power of Compounding Can Make You Wealthy 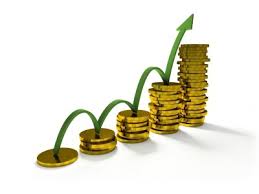 “How many millionaires do you know who have become wealthy by investing in savings accounts? I rest my case.”

Have you heard of “The Tale of the Wheat and Chessboard?”.  It is based on a story about the invention of the game of chess. The story goes that the inventor showed the chessboard to his king, who was so impressed that he asked the inventor to name his own reward for the accomplishment. The inventor, who understood compounding, only asked that he be given a single grain of wheat for the first square, double on the second square and so on for the balance of the board, which the King quickly agreed. The king sent his treasurer away to get the grain for the inventor and after he had been gone for a week, became worried. He called for him to ask what had happened, and was told that, through the power of compounding, the King owed 18,446,744,073,709,551,615 grains of wheat! The King had gotten a quick lesson in finance and the power of compounding.

The exponential effect of compounding is quite extraordinary, as the above example illustrates. You don’t have to have a math degree to see how the effects of compounding can work to your advantage, particularly if you are early in your life and career and you maintain a disciplined, structured approach to monthly savings and investment.

For instance, according to a recent CNBC article, a 25-year-old person who makes $40,000 per year and contributes 10 percent of his or her salary to an investment plan annually will amass $3.9 million by the time he retires at age 67. That figure assumes a 50 percent employer contribution match, a 5 percent estimated salary increase rate annually and an 8 percent investment rate of return. Using all the same parameters, that same person would have $2.5 million—or $1.4 million less—if he had started saving only 5 years later at age 30. Due to the power of compounding, a five-year head start results in a significant difference in the total.

When we were children, on the first snowfall we would rush outside to build a snowman. Starting with a handful of snow, we would start rolling the small snowball in the snow until it got so large we could barely push it. This is like compounding returns; the effort is at the start, the reward is in the perseverance over time.

My wife and I put three kids through university by starting a college fund the month they were born, and contributing only $100 per month into a blue chip, dividend producing stock portfolio. The accumulated effect of the monthly contribution, stock price increase and reinvested dividends paid for college tuition 20 years later.

Here’s how to set yourself up to take advantage of the power of compounding:

Start early: as soon as you have even a modest income, and preferably in your teenage or early adult years. If you are a parent, encourage good investing habits in your children by setting up an investment account (such as an Intrust Account) or buying shares in a company that produces dividends.

Once you start a working career, start immediately investing 10% of your net earnings into solid, blue chip, dividend producing stocks. Make sure you select to reinvest the dividends. Live off the balance and never, ever touch the principal.

Be patient and hang in for the long-haul. Stock markets will go through long term trends and short term periods of intense volatility. This is normal. Resist the temptation to liquidate during a period of significant market meltdown, such as in 2008. Think long-term, as in decades, not years.

Be careful with mutual funds, particularly those with annual fees great than 1%. While the fee may seem small initially, it will eat significantly into your return and be expensive over the long run. Investigate good quality index funds or ETF (Exchange Traded Fund) as an alternative, or build your own portfolio.

Albert Einstein famously stated, “Compounding Interest is the 8th wonder of the world. He who understands it earns it. He who doesn’t pays it.”

related: Eamon Percy on “Want To Get Rich? Go Where The Money Is“

(Note:  The information in this article is general advice only and is not intended to be specific financial or investment advice.  Before acting on any advice, please contact an approapriate financial advisor or investment professional).