RRSP: The Varied Strategies These Experts Use 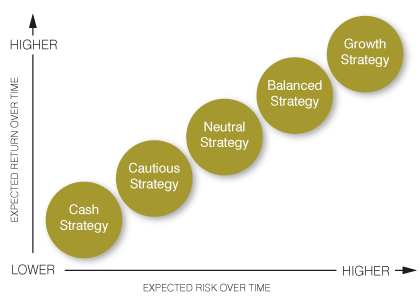 Mike Campbell asked some of the smartest Investors exactly how they invest in their RRSP’s. Two strategies were common amongst them:

1. Each one follows a disciplined investment approach.

2. They don’t invest in a lump at the March Deadline.

A good example of a disciplined approach was expressed by Brent Woyat of Ocean Forest Investment. Brent decided that he was going to make regular monthly contributions to his RRSP, a strategy that allows him to build up his savings using a dollar cost averaging approach. It also allows him to buy in both up and down markets. Brent thinks it is a mistake for investors to invest a lump sum once a year at the deadline date, his research numbers shows him that this is not the best approach.

As for his actual investment strategy, he buys only large cap, good quality, big blue chip companies, specifically because they have the resources to look after themselves during bad times. As well it allows him an overall dividend yield in his portfolio of  4 1/2%, well above what he could gain in the Bond Market.

His portfolio is comprised of 15 household name stocks, 10 from Canada and 5 from the US, selecting the those that have the highest yield. Specifically, on the US side he owns AT&T, Microsoft, Pfizer, GE and Intel. On the Canadian a few of the companies he invests in are TransAlta, BCE, Sun Life, Bank of Montreal and CIBC. His portfolio is Total Return, which means he has both the potential for capital gains as well as an increase in his dividend yield if companies raise their dividends. Finally he does a covered call writing program (something Michael is a big proponent of) that increases his portfolio return.

Aaron Dunn of KeyStone Financial looks at his RRSP as his long term account. Aaron puts in stocks that while he is going to monitor them on a regular basis,  they are the type as Warren Buffet said, “that you never have to sell.” He also likes to find companies that are paying a dividend in the range of 3-5%. Companies that are relatively low risk, that are just growing over time and preferably have a dividend re-investment program.

One company he likes that fits all of his RRSP investment objectives is Alta Gas, symbol ALA, which pays a 4% dividend. They have been growing their dividend consistently, have very robust  capital projects coming online over the next couple of years that they expect are going to accelerate their dividend growth. Some things Aaron really likes about this company is that the CEO actually started this business, has grown it into a multi-billion business, and he still has a significant shareholding himself.

Darin Wagner of Balmoral Resources has a completely different approach. Since he lives in the high risk end of the pool as President of Balmoral Resources, a Gold exploration company that creates shareholder value through exploration and acquisition. He has decided that his objectives in his RRSP will be more within his area of expertise, in other words more growth and capital gains oriented. His mix  within both is 70% growth stocks that pay dividends and have good capital gains potential, and 30% aggressive growth stocks. One aspect he searches for in any given year is to try and make investments in sectors that are at least a little bit out of favor. His thinking there is that he can win the growth the company is getting, as well as get some growth out of the sector as it turns.

One sector Darin mentions that is out of favour at the moment is Gold stocks. In that area he likes GoldCorp, symbol G.TO. Another in that sector is Virginia Mines, symbol VGQ.TO. Virginia Mines is a company that is just about to receive a revenue stream and Darin thinks that there is a good possibility that it will soon begin to pay a dividend. In the aggressive risk area he investing in Falco Pacific Resource Group Inc., symbol FPC.V,  a company he is not only involved with, but that recently announced a 6 3/4 million ounce Gold resource.

Andrew Ruhland of Integrated Wealth Mgmt. has a diversified by risk strategy that fits both his 45 year old age and that he has kids who are about to go to University. At the moment Andrew thinks markets are stretched to the upside so he has a maximum defensive position with preferred stocks, covered call strategies and corporate bonds. Currently for the short term he also has a 30% short position in the Russell 2000, has bought some long term bonds because he thinks they have just hit a short term bottom, and on the recent sell-off he has picked up some Gold and some Gold stocks.

Steve Deschesnes is the strategist for Disnat’s GPS, a portfolio that has beaten the market every year since its implementation 5 years ago. The first thing Steve makes very clear is that although we are at the RRSP deadline there is NO reason to invest now. The season for investing as far as Steve is concerned is the beginning of the Hockey Season. For those who aren’t Canadian, the beginning of that period is August or September. Steve’s wants to buy at the beginning of that period because in his opinion the market stops being good by April or May, thus he does’t buy at the RRSP Deadline in March is because in that period he is more likely to be taking profits. That said, if he had to invest right now in March he mentioned Gold which has sold off substantially from its high of $1,913.50 on August 23, 2011. Though he wouldn’t call it an investment, he does think that anyone who doesn’t have gold right here should buy some here as insurance.

Nor does he like bonds at all. He can’t imagine investing in Government Bonds at a 2% yield for 10 years, when inflation is higher than that and he will lose money. If you had to invest in Bonds, a product that he does like is a Real Return Bond  ETF symbol XRB, which is designed to give you protection against inflation.

Bottom line, Steve thinks that although you have to put your money in your RRSP now in March, you don’t have to invest that money until the market is favorable. While you are waiting or an opportunity to invest you can park yourself in something defensive, Steve mentioned the BMO Covered Call ETF symbol ZWB as a place you can consider parking your money to earn a good return until it is time to cash out and invest later in the year.

Ozzie Jurock of Jurock’s Real Estate Insider does have an RRSP. Ozzie is with Oscar Wilder who once said “When I was young I thought that money was the most important thing in life, now that I am old I know that it is.” Thus Ozzie has always had an RRSP, just to have the discipline of putting money away and saving taxes.

That said, Ozzie doesn’t buy stocks and bonds as his main goal is to preserve capital. So he only invests in safe instruments, seeking to earn only 3% a year. One interesting thing he has done in the past is to take money out of his RRSP in the form of a mortgage. Taking money out in the form of a 1st or 2nd mortgage is the only way you can take money out of your RRSP tax free. Because there are some setup fees, annual fees, appraisals as well as  insurance in taking a mortgage from your RRSP, Ozzie doesn’t think that it would be worth doing for only 20K. Rather he thinks you should have a larger sum of 100K or more before it is worth taking out a mortgage from your RRSP