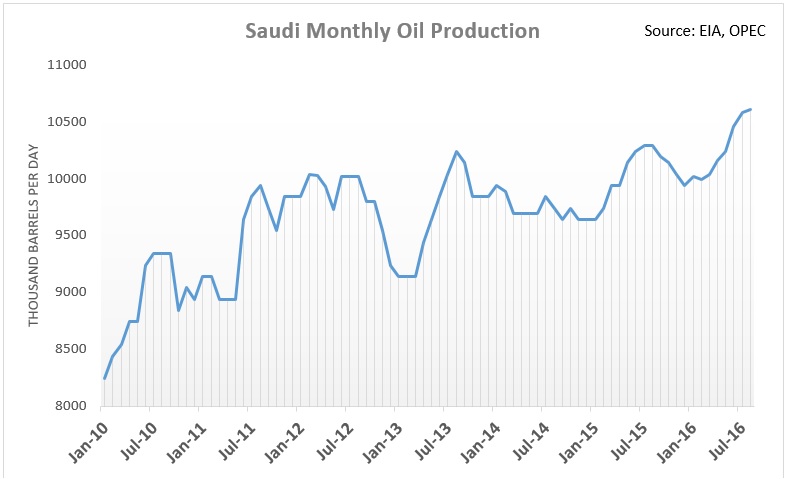 OPEC shocked the oil markets on Wednesday, moving past their differences to agree on the first collective production cut since the global financial crisis. The surprise agreement sent oil prices skyrocketing by more than 6 percent.

The announcement had such a strong impact on oil prices precisely because a production cut was not thought to be under consideration. The meeting had been billed as “consultative,” that is, not a meeting where decisions would be made. OPEC officials also said that the deal that was on the table was just for an output “freeze,” not a cut. If OPEC wanted to signal to the world that it could still function as a group and was still relevant to the oil markets, it succeeded.

Did OPEC Just Spoof The Shorts?