How Empires Die & the Lessons to be Learned 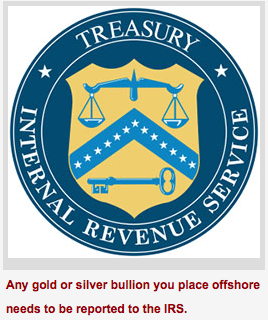 If you’re like most investors, you believe the worst of the 2008 debt crisis — and the Great Recession that followed — are over.

You believe America is now solidly on the road to economic recovery, her greatest struggles behind her.

But if you’ve been following my work, you know it’s nothing but a mirage; bought and paid for by the very people who triggered these great calamities.

The reality is, America’s fate has already been sealed; sacrificed on the altar of power and greed by those who swore an oath to defend her — with the blood of every man, woman, and child they swore to defend.

The fact is that America is on the decline, destined to go the way of the many great empires that came before us. Like Rome. Byzantium. France. Spain. And Great Britain.

No, the United States won’t disappear. But we will slip to number two, and ultimately to number three in the world, behind China and Southeast Asia. And the thing is, the end of America as we know it will NOT be triggered by hyperinflation … or a bond market collapse … or a stock market crash … or any single catastrophic event, as some may have you believe.

In fact, the strength in the stock market is not due to the U.S. economy. Nor is it due to money printing, corporate earnings, or any of the usual suspects.

A. Europe is in worse shape than the United States. And …

B. The finances and policies of our government are driving investors away from the sovereign U.S. bond market and into stocks.

If you understand those two forces, you will not only be able to protect your wealth in the months and years ahead, you’ll also be able to profit, very well indeed.

Yes, I know, it makes no sense. If America is on the decline, how can stocks go higher?

Well, it’s actually simple. Most companies in America are in better financial shape than our own government. Moreover, most blue-chip stocks these days pay you income in the way of dividends or royalties and much better than you can get just about anywhere else.

And, most importantly, stocks are considered largely non-confiscatable.

On its way down, Washington will seek to nationalize part or all of your retirement assets, confiscate gold, and certainly tax you more and more.

Yet, they will never subpoena Apple for a list of its shareholders. They will never confiscate your shares in a publicly traded company or nationalize any industry.

Right now, the strength you are seeing in the stock market is largely due to an influx of the initial money coming out of the sovereign bond markets in the United States and Europe due to its troubles.

Not to mention Ukraine, which I am sure is lighting a fire under savvy Eastern European investors to also get the heck out of Europe.

The fact is that huge amounts of capital now view U.S. stocks as a safe haven, and it is rightly justified in doing so.

But again, that does not mean the U.S. economy is going to catapult higher.

It’s not. In fact, history tells us that when governments and empires start to decline, they regularly unravel with terrifying speed.

17 years for the British Empire …

11 years for the Ottomans …

2 years for the Soviet Union …

In every case … the people ignored the writing on the wall, thinking it couldn’t happen to them.

In every case … the government feigned ignorance, swearing on a stack of bibles that the worst was over.

In every case … the majority failed to prepare for what was coming.

One need only look to Europe for the tragic results, where rioting, civil unrest, and depression-like conditions are now a way of life.

Jobs are being hemorrhaged. Personal income is falling. Social services are deteriorating. Home values are plunging. Crime is soaring.

A record high 28 percent of people in Greece are jobless, and Citigroup is projecting it will hit 32 percent by 2015. For those under 25, a catastrophic 61.4 percent are out of work.

In Spain, the jobless rate sits at 26 percent. For its youth, an abysmal 54.3 percent. It’s so bad, the youth in Europe are being called “the lost generation.”

Many households have no income, as all family members are out of work.

It’s virtually impossible to put into words the nightmare of poverty, hunger and homelessness jobless workers throughout Europe are feeling.

When you can’t feed your family, and you can’t find work no matter how hard you try, it can absolutely crush your soul.

All this as the European aristocracy preserves their own wealth by looting the economy, while slashing wages and social services for the working class at the same time.

It’s easy to see these as isolated events. It’s easy to bury your head in the sand and ignore, because it’s happening “somewhere else” …

Millions of real people, and real families, are suffering very real consequences; quickly finding themselves living in total desperation — with little hope of having a “normal” life.

It’s even easier to think we’re immune; that it can’t happen in America.

Yet the frightening reality is that …

• 46.5 million Americans — or 15 percent of the U.S. population — are now living in poverty, according to the U.S. Census Bureau …

• Median household income has declined five years in a row …

• The rate of homeownership has declined eight years in a row.

This is the new reality.

This is why hundreds of once-great American cities are transforming into rotting, decaying hellholes.

If it hasn’t hit your hometown yet, it soon will.

The experience of European nations shows the blinding speed at which a country can deteriorate once it passes the point of no return.

The point where the delusions of the people — and the travesties of its government — can no longer mask the truth, and destiny slips in the back door.

But there is a silver lining in this grim cloud of reality; important lessons to be learned by studying the history of failing empires.

Second, it’s going to send more and more money ? and assets ? offshore. Yes, any money you place offshore, any gold or silver bullion, needs to be reported to the IRS.

But that won’t stop money and precious metals from heading offshore.

In the minds of most investors ? and I agree ? the further away from Washington’s reach your money and many of your assets are, the better.

Third, and most importantly, it’s going to have a mind-boggling effect on nearly all financial markets.

Namely, it’s going to drive capital in a way that is constantly seeking out what I call “portability and fungibility.”

And not just into things like gold or silver, or artwork, diamonds, jewelry, numismatics, collectibles, and rare books.

Portability can also be assets that are deemed non-confiscatable, such as stocks. Own a share in Apple, for instance and as I said above, it’s unlikely Washington will subpoena Apple for a record of your shares.

There is historical precedent for all this, not just with Rome or Byzantium, but even during the Great Depression here in the United Sates.

That’s when 17 countries in Europe failed and Great Britain was quickly losing its superpower status. Yet between 1932 and 1937, the Dow Jones Industrials exploded 387 percent higher, even as the U.S. economy sunk further into a depression.

The prices of diamonds, jewelry, and art also exploded higher, as did the black market prices for gold and silver.

We are on the leading edge of a repeat of that period now. The only difference: Today it’s not just Europe that is sliding lower, the United States is losing its superpower status at the same time.

That means that the eventual explosion higher in stock prices — and commodities — will be even greater.

We’re not yet at that kind of lift-off stage, but it’s getting closer and closer with each passing day.