Posted by Jennifer A Dlouhy 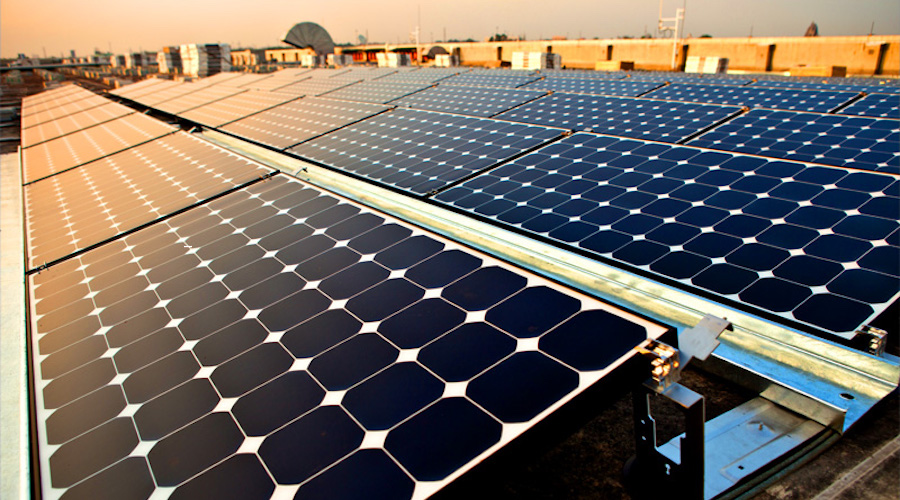 (Bloomberg) — For Mayor Tom Hughes and the other politicians gathered to cheer the opening of a $440 million solar panel plant in Hillsboro, Oregon, it was a moment of glory.

The arrival of SolarWorld AG promised to be a turning point for his hometown just west of Portland. “Not just because of SolarWorld itself,” Hughes recalled, “but because of the other companies it would drag along with it to create this silicon-based and solar-based manufacturing cluster in Hillsboro.”

That was in 2008 and solar was on the cusp of becoming one of the fastest-growing sources of energy in a world rattled by warnings of climate change. From the White House to statehouses, U.S. leaders promised that green jobs could not only replace those threatened in the nation’s oilfields and coal mines, but guarantee safer and more stable employment.

Yet across the Pacific, a rapidly growing competitor had also set its sights on dominating solar manufacturing. China, eager to prove the supremacy of its socialist-market model, was mustering government investments that dwarfed the U.S. effort and coupling them with national mandates that forced utilities to use renewable power.

It established an end-to-end supply chain — the country now makes most of the world’s polysilicon, a key material in solar panels — and ignored pleas by environmentalists to close coal plants that supply the cheap electricity needed to make solar equipment. It also kept its labor costs lower than those in most industrial countries and has been willing to prop up unprofitable operations.The result? Chinese firms now supply three quarters of the world’s solar panels.