Historic: The Dow Up 9th Day in a Row 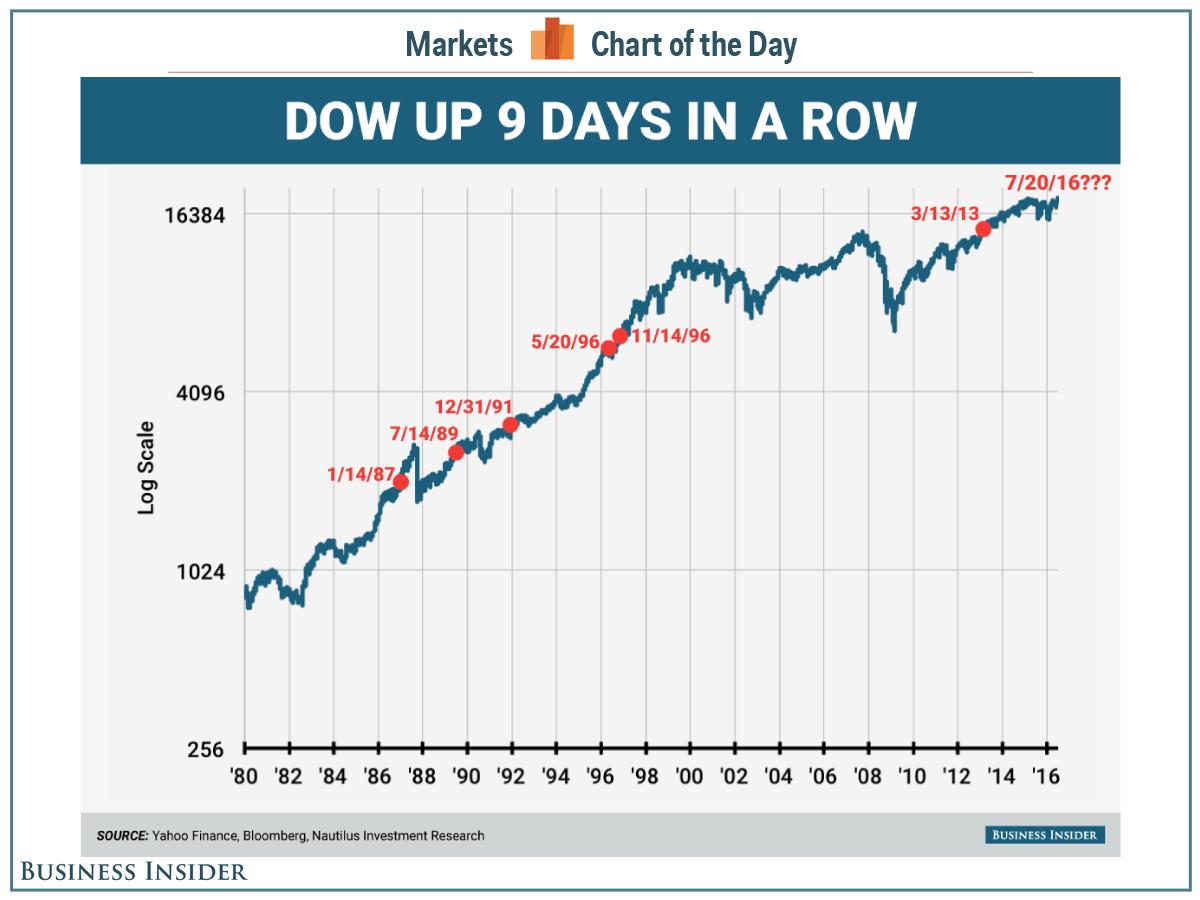 The stock market has hit a lot of records lately: all-time highs for the Dow Jones Industrial Average and for the S&P 500, with even the bond market making history (record-high prices and record-low yields).

With the Dow closing higher on Wednesday, stocks just did something else historic, according to Nautilus Investment Research.

“We highlight two momentum signals we will be watching today,” Nautilus’ Tom Leveroni wrote in a note earlier on Wednesday. “An up close in the Dow Industrials today will give it 9 consecutive up closes, a rare feat of trend persistence.”

The Dow hit the ninth up day in a row — only the seventh time this has happened since 1980. In each of the other six instances, albeit on a small sample size, the index has been up the following six months with an average gain of 10.41%.

Additionally, according to Leveroni, this is the 30th time this has happened since 1900, and the average gain in the following six months has been 5.96%.

So here’s to another record.