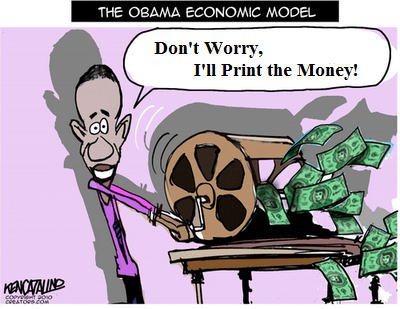 We ended almost every one of nearly 100 webinars in 2011 with “Don’t Worry, They’ll Print the Money”. This is how confident my Co-Host, Ty Andros and I were that the global central banks had no other recourse but monetization.

We felt strongly that the western economies had passed the ‘event horizon’ and that the economic spiral was now inescapable.

Outright Monetary Financing or OMF is what presently lies in front of us as QE¥ ends and it has profound implications for precious metals.

The charts as we will show are signaling that the smart money sees this and are already quietly laying down their bets. These players include the central banks not presently part of the Currency Cartel. The path however is going to be tricky and the charts also show why.

The global central bankers are feverishly loading the helicopters, but these are helicopters like we have never seen before. We have been carefully observing that the global central bank balance sheet expansions have exhibited the following: