Hate To Say I Told You So! 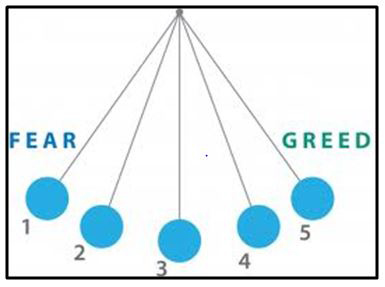 I can’t tell you the complaints I’ve received over roughly the last 14 months, when I started warning everyone that a stock market correction was coming. Possibly a big one.

They said I was nuts. That I was a stopped clock. After all, the major indices such as the Dow Industrials and the Nasdaq were making one new high after another.

I even told investors who were interested in dividend income to stay out, they’d lose more than they could possibly earn in dividends or royalties when the principal of their investments would plunge.

But I stood my ground, backed my time-tested models. And the facts now are this …

A. Even before the stock market started to plunge last week, more than 67 percent of all publicly traded U.S. stocks were down at least 10 percent.

B. Now that the market is falling, those figures are even greater. 70 percent of publicly traded stocks in the S&P 500 are now down at least 10 percent.

C. And fully 31 percent are now down at least 20 percent!

D. Globally, more than $2.5 trillion has been wiped off of stock values in the past year!

Thing is, most investors who didn’t listen to me, won’t listen to me when I scream that the bottom is in and that the Dow Industrials are headed to well over 31,000 over the next few years.

And that Asian markets, as ugly as they seem right now, will do even better, with China probably quintupling.

Instead, they will be panicking near the lows, claiming it’s the end of the world. That the Dow is going to below 5,000 or some ridiculous number. That China and Asia are going to crash and burn. That the only safe place to be is in U.S. Treasuries.

And guess what? Those investors will …

A. Miss out on the biggest stock market gains, ever. And …

B. They will lose almost every penny they invest in U.S. or European sovereign bonds.

Let me give you perhaps the two most important insights you could ever have on how markets work. Insights that you only get from studying thousands of years of data every which way you can, and from being a professional trader yourself.

First, the majority of investors lose money. They are caught on the wrong side of the markets, especially at extreme highs and lows.

In other words, it’s the crashes, like we are seeing now in stocks, that pave the way for the next bull run higher. It’s the way the markets move, like a giant pendulum, swinging from one side to the other, from fear to greed and back again.

Let’s say, for instance, that the swing of the pendulum to the right is a bull market. How can it possibly swing to the right unless it first swings to the left?!

Get the picture? That is precisely how markets work. To get those swings, the majority of investors must, by definition, get trapped, bailing out precisely at the wrong time.

And only the savvy know when to get out and back in at the right times!

That’s also why I couldn’t be happier about what’s happening in stocks now. Not only because I’ve been right of course, but far more importantly …

It’s setting up that inevitable swing back to fear, which will create the energy for the pendulum to swing back in the other direction, to the right, and help fulfill my long-term forecast, that the Dow is headed to 31,000+ over the next two years.

Problem is, as I said before, very few investors, except those who subscribe to my Real Wealth Report and my Supercycle Trader, will profit from it.

I’m not boasting mind you, I am just telling you like it is. Even if you’re not a member of my services and never become a member, please at least take the lessons I try to give you in these columns seriously; they will help you to both avoid losses and make more money to boot.

So what now for the stock market? Will it continue to crash? If so, where might it stop?

First, according to my models, the correction is not yet over. We should see a bounce back develop this week, if it hasn’t already done so by the time you read this column. But that’s all it will be, a bounce.

Second, major support for the Dow Industrials, the index most widely watched, comes in at the 15,672 level. If that gives way, the Dow will likely fall much further, to about 13,937.

Third, the correction, or crash, or whatever you want to call it, should be over by October, and may even come to an end this month, in a normal three-month correction.

I won’t be able to determine that until we see how the markets close out the month, on the last day of trading on Monday, Aug. 31.

As to gold; no it has not bottomed. All you are seeing is a bear market bounce. That too will end soon and give way to a renewed decline that will take gold below $1,000.