Has The Narrative Been All Priced In? 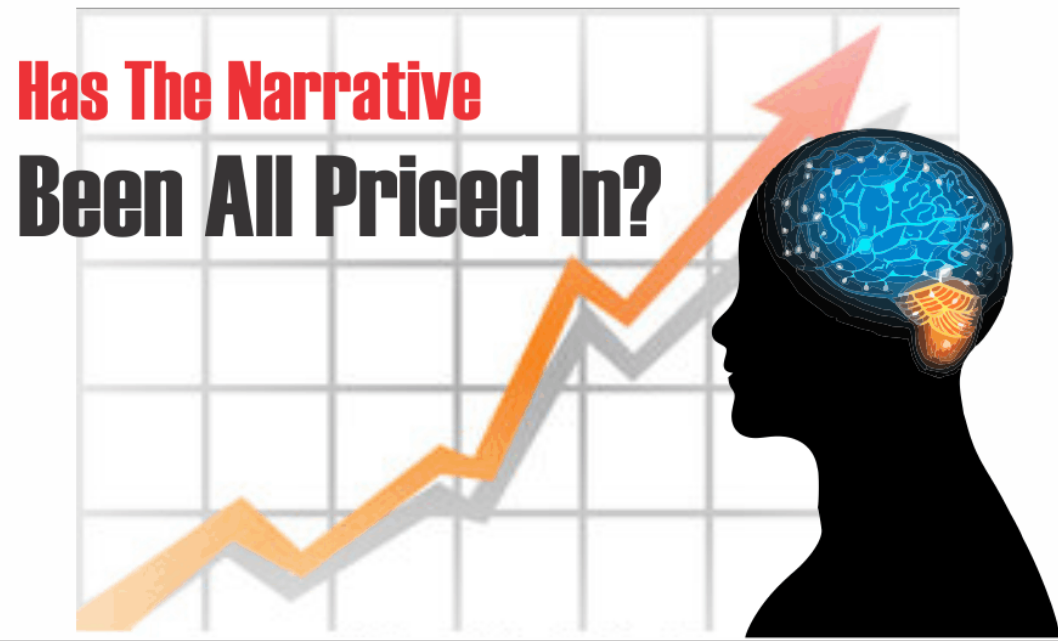 This past week was built for the “bulls” as just about every item on their “wish list.” was fulfilled. From a “trade deal” to more “QE,” what more could you want?

Concerning the ongoing “trade war,” our prediction that Trump would begin to back peddle on negotiations to get a “deal done” before the election came to pass.

Trump has once again delayed tariffs to allow the Chinese more time to position. China, smartly, is using the opportunity to buy soy and pork products (which they desperately need due to a virus which wiped out 30% of their pig population) to restock before the next meeting.

This is a not so insignificant point.

China is out for “China’s” best interest and will not acquiesce to any deal which derails their long-term plans. In the short-term, they may “play the game” to get what they need as a country, but in the long-run, they will protect their own interests….CLICK for complete article