Too Many Speculators Long Gold & Silver 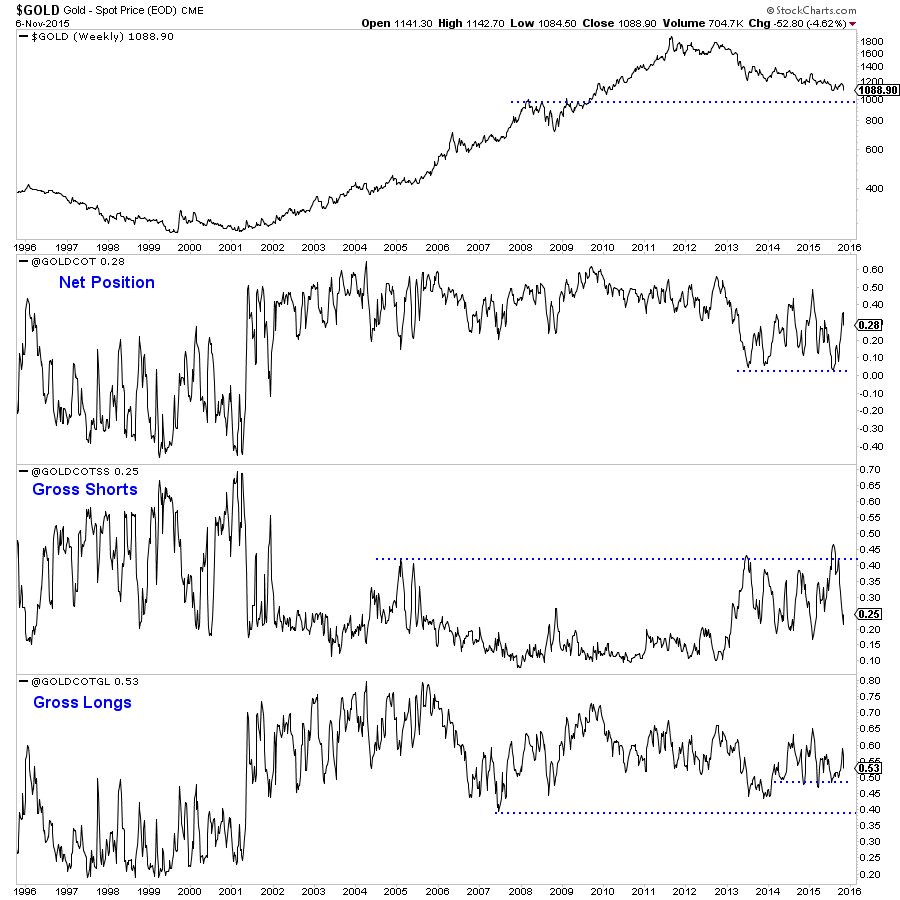 The CoT’s continue to be a major problem for bulls. In other words, too many speculators remain long Gold and Silver. The chart below shows a breakdown of Gold’s CoT with the positions as a percentage of open interest. Gross longs less gross shorts equals the net position.

While the gross long position should decline quickly, it remains fairly high at 28%. Ultimately, we could see it go below zero. That would entail more spec shorts than spec longs. Gross longs are at 53%. They need to go below 39% (the 14-year low) to signal capitulation. If gross shorts go above the recent high of 47% then spec longs will be net short for the first time in nearly 15 years. (Note that the current figures are as of Tuesday). Moving on, here is a look at the weekly candle charts of GDXJ and GDX. The rally of the past few months appears to be a “retest” of the July breakdown. We sketched out how this price action could play out. This looks really bad for bulls. The miners are likely headed to lower lows. I thought the final decline had begun a few times over the past few years. At present there is far more evidence that it has begun. Precious metals investors need to get their portfolios in order and be extremely careful in the weeks and months to come. The technicals are terrible, sentiment is far from bearish extremes and there is more downside in metals and miners before they reach support or downside targets. This is looking like a dangerous and hazardous environment.

Last week we wrote: This is a time to be very defensive and very careful. It could get a lot worse for Gold and gold stocks before it gets a lot better.

I think our update yesterday (TDG #438) and last week (TDG #437) clarified this for subscribers. That is roughly 60 pages of charts, data and analysis. In TDG #438 we answered some subscriber questions and discussed what fundamentals are driving Gold lower right now and what needs to happen (one of two things) for Gold to turn around in 2016.

Read more about subscription to our premium service