Greece and the Cemetery for Your Wealth 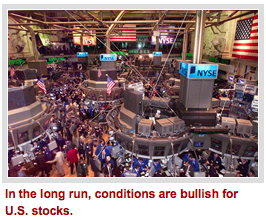 The Greek default is merely the opening act of the worst sovereign-debt crisis in history. By the time it comes to its conclusion, roughly five years from now, the crisis will have enveloped — and destroyed — the Western world governments of Europe, Japan and the United States.

Government (sovereign) bond markets will be destroyed. So much so that in the June issue of my Real Wealth Report, I told my subscribers that  …

Over the next few years I expect government bonds to easily lose as much as 50 percent of their value, and possibly much more. No amount of yield they could possibly offer will save you. Not even if you live to 200 years old.

Owning any sovereign debt of Europe, Japan, or the United States, I said, would be akin to creating a cemetery for your wealth.

From Greece, the crisis will spread to the other heavily indebted countries of Europe and the European Union.

Take Italy, for instance, which owes 32 percent more than its economy produces in a year. Portugal, 30 percent more. Cyprus, 8 percent more. France, indebted to the tune of 98 percent of its GDP. Ireland, 110 percent.

And those figures don’t even include “unofficial” debts and IOUs, which are multiples higher.

As Europe starts to go down the drain, the crisis will then spread to Japan, where government debt is a whopping 230 percent of the country’s GDP.

And once it becomes obvious that Japan too will eventually default, Washington will no longer be spared.

The most indebted government in the history of civilization, Washington, is in debt to the tune of more than $200 TRILLION — more than ELEVEN times the entire output of our economy.

Let me give you a little more insight on the sovereign debt crisis that’s now starting. Also from my June Real Wealth Report, the big question I pose — and answer — is this  …

Where Will the Massive Capital That Flees Government Bonds Go?

The frightened trillions that will stampede out of government bond markets has to go somewhere. So let’s trace it out logically. Will the capital that flees government bonds in Europe, Japan and the United States go to …

A. Cash under the mattress? Some of it, yes. But certainly not the bulk. Savvy investors always want to put their money to work somewhere for some yield and potential gains — even in the worst of times. It does not preclude a selloff in stocks, which I still fully expect. Especially as jitters over a looming Fed rate hike continues.

But in the longer run, the implosion of government bond markets is going to be extremely bullish for the U.S. stock market.

The U.S. stock markets are the last bastion of capitalism, and the deepest liquid market on the planet.

C. Real estate? Absolutely. Don’t fall for any claims that rising interest rates — as a result of falling bond prices — will kill the real estate market again. It won’t. It will largely have the opposite impact, driving real estate prices higher!

How so? It’s simple: As the cost of mortgage money begins to rise, pent up demand for property will come pouring out of the woodwork. After all, if rates are going to rise, then you’re far better off buying now rather than later.

Naturally, different locations in the U.S. and around the world will fare differently. And you want to buy real estate based on location.

But to think that real estate will implode as interest rates start to rise and the sovereign bond markets implode is simply dead wrong. Real estate, as a tangible asset, is going to do just fine, opening up all kinds of new opportunities for you.

D. Foreign stock markets? Over the next few years you will see Asia’s markets double and even triple, offering incredible opportunities, largely due to a wholesale exodus of capital out of Western government bond markets.

E. Natural resources? Although deflation still has the upper hand on a macroeconomic basis, and will for some time, mark my words …

In the not-too-distant future, capital will become so frightened over the collapse of the Western world’s government bond markets — and the inevitable bankruptcy of Europe, Japan and the U.S. — that …

Not because of inflation. But because the world’s largest governments will be going down the tubes.

It’s coming, and it’s not far off.