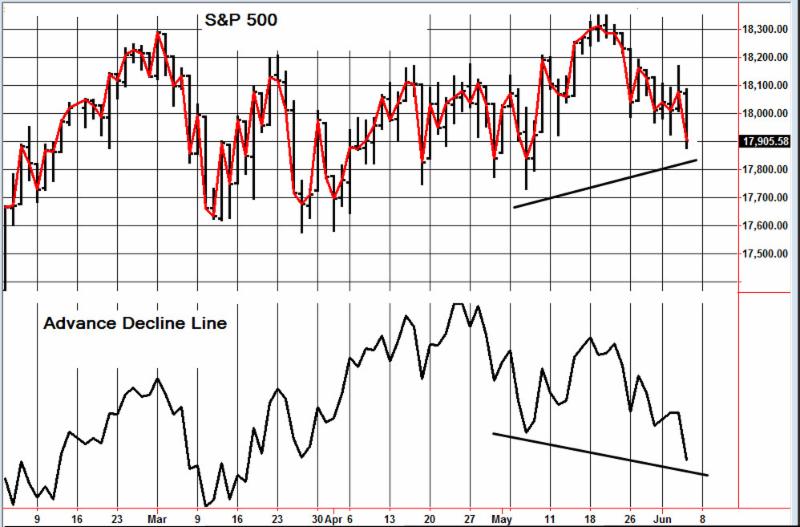 STOCKS:  Pessimism about Greece (again) caused selling in Europe which didn’t help our markets. Also concern about the non farm payrolls to be released at 8:3 EST on Friday played a roll. This is the most market moving of all economic releases.

GOLD:  Gold lost $9. The reason cited was that the IMF stated that inflation remained elusive. Gold traders seem to think that the IMF knows what it’s talking about.

CHART: The advance decline line continues to underperform. There are no absolutes, but this is normally not a good sign going forward. News and fundamentals:  New jobless claims were 276,000, in line with expectations. On Friday we get the dreaded non farm payrolls.

Interesting Stuff   Hedge fund manager John Paulson gave $400 million to Harvard’s engineering school. Harvard now has a total endowment of $36.4 billion. So what do they do with it? Do they use it to open opportunities for students??

BONDS:  Bonds had a decent rebound.

THE REST:  The dollar was slightly higher. Silver and crude oil got clobbered.

We’re on a sell for the dollar and a buy for the euro as of June 2.

We’re moving to a sell for crude oil as of today June 4.