Great Graphic: Is Gold Breaking Out? 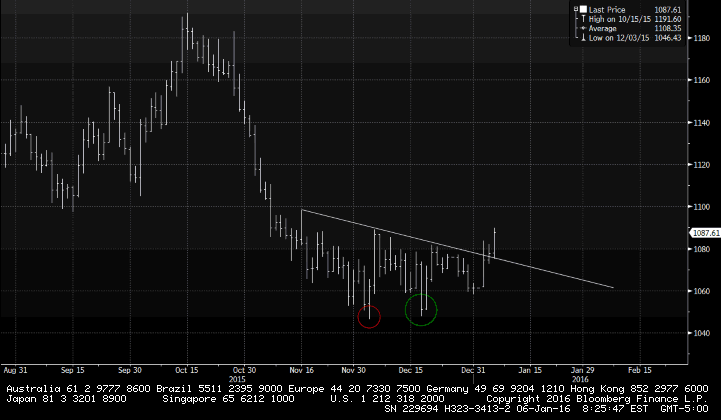 With equity markets tumbling, escalating tensions between a Saudi-led Sunni bloc against Iran, ongoing hostilities in Syria, North Korea testing what it claims to be a hydrogen bomb, the once precious yellow metal is looking perky.

The potential double bottom is marked by circles in this Great Graphic created on…..